New York is the true home of cinema with hundreds and hundreds of movies being filmed  there each and every year so I thought it was about time I try and cover a selected handful of shooting locations from the Big Apple. They will be covered elsewhere on this site over time but this article will concentrate on the sights and sounds of the city of which there are also many.

This trip started off badly as the room was basically just a bed with no windows, no proper ceiling (think Thai-style hostel rooms where there is a gap at the top of the wall), no space and no en-suite bathroom. As it was 3am when I arrived there was little choice but to spend the first night there and cancel the remainder of the stay. So having moved to a much nicer hotel in Chinatown later that same morning I met up with Kimi (who I met in Jordan last Summer) and his mate Kohei. I only found out Kimi was in New York two days earlier. We had a massive, cheap chinese lunch and then took a short walk down to Wall Street before they had to depart for Canada.

After that a boat was taken to Ellis Island to see the Statue of Liberty on what was a scorching hot day. Sadly the statue is closed to entry these days but it was still nice to walk around the small island and enjoy the views as well as catching some much needed shut-eye on the grass.

Times Square on 42nd Street was a sight to behold at night time though nothing too new to me as I’m very much used to the neon lights here in Tokyo.

After meeting Rina one day and dragging her to one of my geeky filming locations we then walked over Brooklyn Bridge towards Manhattan which was cool. Rina was actually living in New York when the terrorist attack happened on the 11th of September 2001. We went to Ground Zero where the Twin Towers once stood but didn’t really hang around as I didn’t think it appropriate to be snapping away in an area of such tragedy. Besides, as harsh as it may sound, it is just a building site now albeit one of great importance. 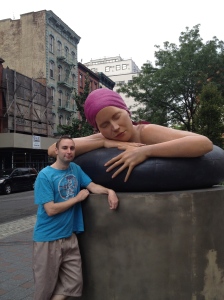 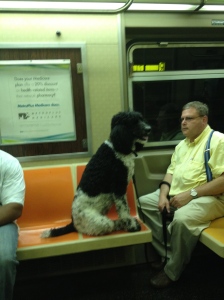 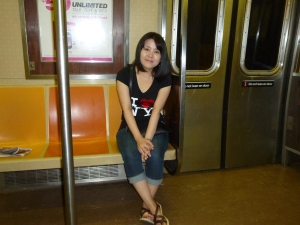 The next day we went to Madison Square Garden which, despite its fame and fortune, is nothing much to see but it would be great to see a heavyweight boxing bout there I have no doubt. The Empire State Building soon followed after that which was fantastic and we didn’t have to wait in line at all. I wish I had actually gone there on day one to get an idea of the real scale of the city but I thought it would just be another tower with views of which I have been up many. This one though offered the most impressive views I have witnessed when seeing the skyline of a city. 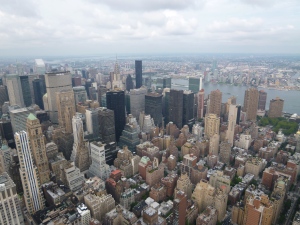 I only met colleague Mike very briefly at the start of the month and on finding out we were both going to New York at the same time I said I’d come and see his band ‘The Mootekkis‘ play one of their live dates on their NYC tour. I had planned to see them on the 13th but jet lag  took its toll on me and my pre-gig sleep became far longer than intended! Luckily they were also playing nearby again on the following night which I enjoyed, perhaps far more than I thought I would. It was also my only night of drinking on the whole trip. 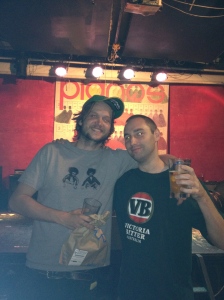 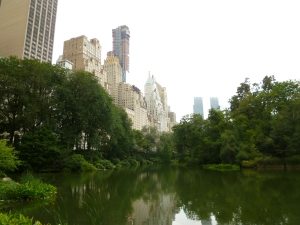 On the final day I finally went to Central Park but my sleep on the grass was cut short by the downpour which suddenly occurred and never really stopped all day. The trip finished as it started – badly! I had been having problems trying to book baseball tickets online that morning so got the receptionist to book tickets for that nights New York Yankees vs Texas Rangers game and all was going well until I got to the stadium uptown in the pouring rain and on checking the tickets realised that she had booked them for the following days game. In my rush to get to the game I hadn’t bothered to check the minor details and though I didn’t lose out financially (she got the payment rescinded) I did lose out on seeing a live game in the States which a bit annoying but I’ll get over it. 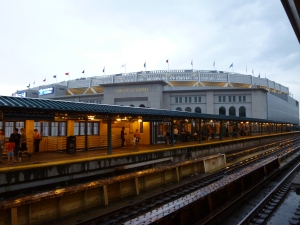 Anyway, I was still satisfied with all that I had done on the trip. New York city was really quite overwhelming at times and though I didn’t love it I did like it a lot and wish that I had a bit longer in the city.