The fire-walking festival near Takaosanguchi last Sunday may have been our main goal for the day but before that I thought we might as well climb Mount Takao with the idea being to take a different trail to what we did back in November 2012. 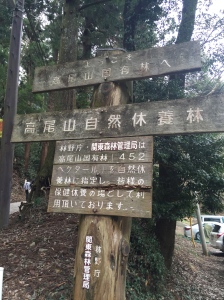 There are all manner of hiking routes up Takao-san and back then we took the #6 route but this time we ascended via trail #1 which in truth wasn’t as good as it’s not what I call proper hiking as the majority of it is on concrete paths. Along the way there were many statues, signs and so on to make any foreign tourist (and there were many!) realise that this mountain has a uniquely Japanese identity. 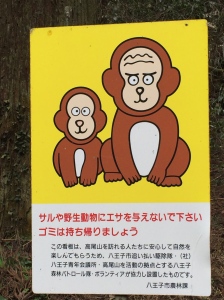 One of the things that my wife was most interested in was the spiritual rokkon-shoujou stuff relating some kind of practise of purifying yourself through the detachment of the six senses. There were a few stone wheels like the one seen below which you turn. Each one was for a different sense whether it be eyes, ears, nose, tongue, body or mind.

It really doesn’t take too long till you get to look back towards the concrete jungle of central Tokyo. Even though you’re on a mountain top you are still in Tokyo albeit a place far removed from the urbanised downtown area.

There’s a Monkey Park (below) about half the way up the mountain which I went to back in September 2007 en-route to the fantastic ‘Beer Mount’ garden party area near the cable car station. I was never really planning to visit this and so we moved on further up the world’s busiest mountain. 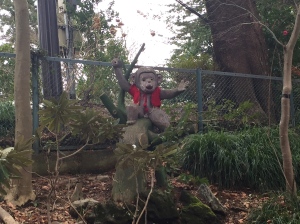 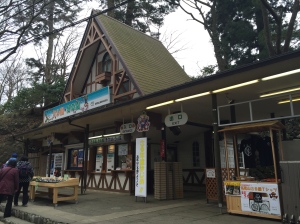 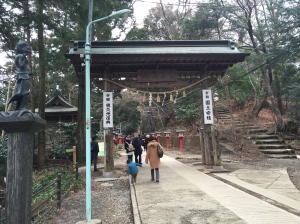 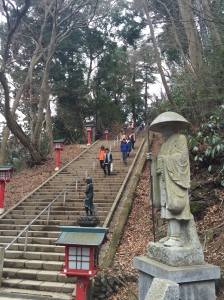 108 steps (above) take you up towards the temples where we were heading to. However, a bit further along was the Joshin Gate (below) which we passed through for a little detour to the  Buddhist Stupa at the top. It offered a brief respite from the crowds elsewhere on the mountain and there were other monuments and statues including one to do with the Boy Scouts which, as a former member, I was pleased to see not that I really knew what it was about! 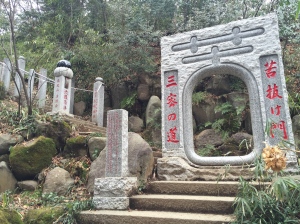 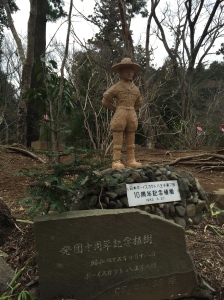 Our final port of call proved to be Takaosan Yaku-ou-in Temple (below); believed to have been built in 744, and a place which is said to provide luck and help avoid serious adversity. This is also known as the temple of Tengu; a creature which is a common part of Japanese folklore and naturally they are rumoured to still hang out on the peaks of Mount Takao though we never spotted these ferocious masters of martial arts! I did some  research about Tengu a few years ago ahead of my ‘Cycling Tokyo’s Most Haunted Sights…In One Day’ challenge and according to the travel CNN site “the humble and pure of heart have nothing to fear from the Tengu, but woe betide the pompous and arrogant.” 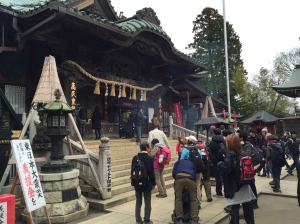 I was sure the fire-walking festival was within these temple grounds and the posters dotted around the place seemed to confirm that theory. Wrong! We asked one of the souvenir sellers where it was and found out that it was actually back down at ground level near the station! Good news for my wife as I didn’t want to continue on up to the top or hike back down the 599 metre mountain. Instead, we descended quickly via the chair lift which I don’t think I’ve used since the aforementioned September 2007 trip. I’ve long lost count of the number of times I’ve visited Takao-san but yet again I managed to see another side of this marvellous place which offers an easy retreat from city life.

Click on the links below to read about other mountains which can be done in day trips: