Tokyo Daytripper: Johnson Town – A Taste Of America In Saitama

One really doesn’t need to go too far in Tokyo these days to experience some kind of Americanism whether it be chain stores, slogans, music, movies or food and drink. However, just over the border in Saitama prefecture there is actually a small community known as Johnson Town which is a little piece of America in Japan… where all the residents are Japanese. Yes, really.

Just the name of the town is enough to bring a smile to my face but I was way more impressed with the place than I ever thought I would be. My wife had no preconceptions as I didn’t tell her where we were going on the day we visited. She lived in the USA for seven years so I thought this might be some kind of quirky reminder of those days! The  area map showed that the town basically consists of five or six streets full of restaurants, cafes, shops, homes and there was even a dental surgery! It may be an American town but the map was all in Japanese! 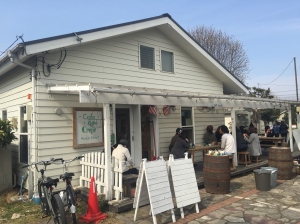 On the day we visited, there was a market with all kinds of bric-a-brac being sold at stalls dotted around the place and at times I really did feel like I had left Japan behind. 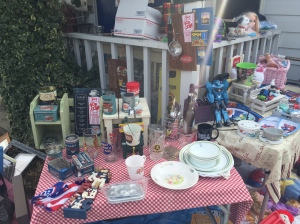 Due to the very limited space in Tokyo, those people who have dogs tend to have smaller ones but what was quite notable in Johnson Town were the number of big dogs.

So why the hell is there this American town in the middle of this nondescript area of Saitama I hear you ask! It’s quite common for the Japanese to have themed places devoted to western countries but this is not the case with Johnson Town. When Japan was under American occupation in 1945, U.S. forces gave birth to “Johnson Air Base” and when the Korean War broke out five years later the soldiers were located in what became known as Johnson Town. American-style homes were built between then and the late 1970’s when the U.S. military evacuated the area. After that, Japanese people moved in and that is basically why there’s the slightly bizarre situation today of an American town existing without any Americans in it! 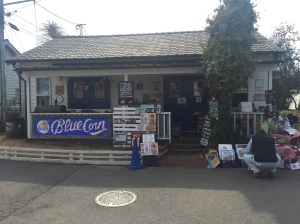 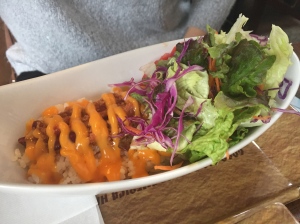 For lunch we went to a place called Blue Corn and, as I was in American town, I thought I had better have one of the burgers. I love burgers but rarely ever eat them so this particular bacon egg burger was something of a treat though sadly it wasn’t proper American size!

The interior of the cafe was stocked full of American pop culture goods including some Star Wars stuff. Little did I know that there was a sign saying not to take photos in the place! Oh well! Shortly after leaving there we stopped at a cafe to sample the sweet potato shake which was very nice and much tastier than I anticipated.

Now I’m not exactly a car kind of guy but it was quite interesting to see all the different foreign vehicles spread out around the streets though not all of them were American. 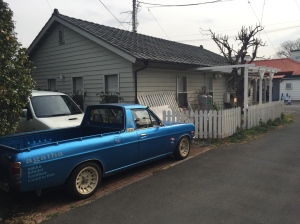 In total, we spent a very leisurely two hours wandering around Johnson Town but without eating and drinking the whole area could easily be seen in less than half that time. 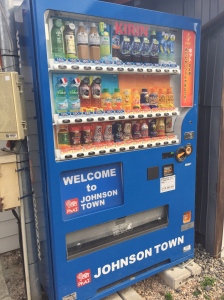 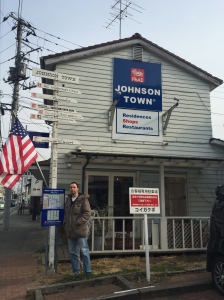 How to get there: Irumashi is approximately 40 minutes away from Ikebukuro on the Seibu Ikebukuro Line and Johnson Town is about 20 minutes walk from the station.

5 Responses to Tokyo Daytripper: Johnson Town – A Taste Of America In Saitama