In Search Of A Spider-Man Statue In Fukushima Prefecture!

When you’ve lived for so long in Tokyo you kind of take it for granted that you’ll never have to wait long for a train. However, it can be a very different matter when out of the cities and one such example of that is the Ban-Etsuto Line which runs east (and west too I think!) of Koriyama. Trains really are not often along this line but if you’re lucky there’s about one every 60-75 minutes!! 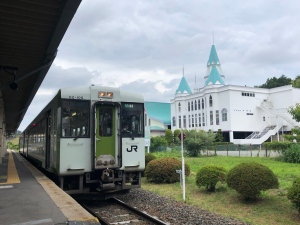 Having spent about 70 minutes near Kanameta Station (in the name of visiting the quirky miniature Mount Fuji) I moved on to the next stop (Funehiki Station) which was eight minutes further east. As the title implies, I was on the hunt to find a Spider-man on the side of a building alongside a load of other figures made of cement. However, it seems I mistook the address of some additional information as the main address. After a 26 minute walk north I realised, amidst a stream of loud barking dogs, that I had the wrong place albeit a similar one as the garden was littered with cement-made statues of frogs, rabbits, doraemon, kappa and so on. 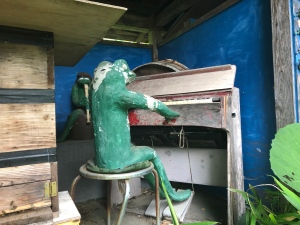 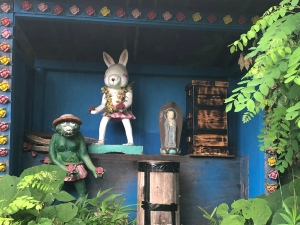 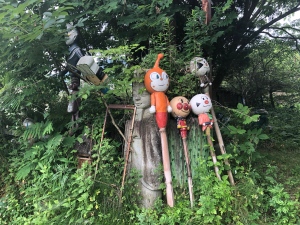 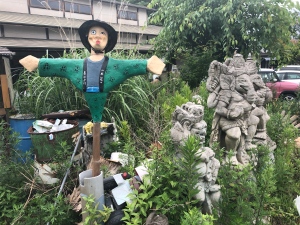 I enquired at the hotel opposite (Numata-65-16 Funehikimachi Funehiki, Tamura-shi) and luckily one of the two receptionists knew of the Spider-man thing as she drove by it on the way to work. I left fairly despondent and my misery was further compounded by the ensuing rain which really started to pour down soon after the photo below was taken.

I really had given up on finding the Spider-man place and was just heading back in my drenched state (this was despite having an umbrella!) to the station. However, I had a late change of heart and soon realised it was a now-or-never situation so decided to go for it and just take a (much) later train if I had to. Well I actually jogged there and back (in bits) which was not so easy when holding an umbrella and trying to avoid all the puddles in the road. Of course I had no idea how long I’d need at this place or what it really was but luckily it was only a five minute stop. 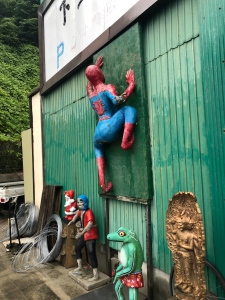 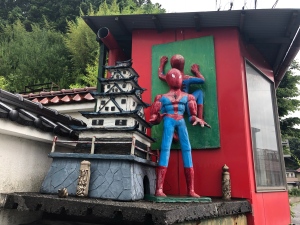 Located about 15 minutes south-west of the station, this place is far from being just about Spider-man. He is just one of many, many characters and animals on display outside this workshop. 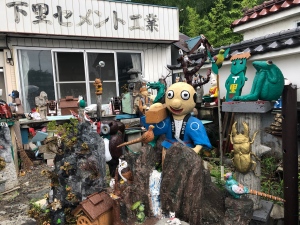 The rain had slightly dampened my spirits but not enough to just abandon my next plan which was two stops back in the direction of Koriyama. I went to Miharu Station where, similarly to the Mini Fuji-San from earlier that day, I had 70 minutes to get to the place I wanted and back. However, it was a 34 minute walk south to the location which meant a bit of running yet again but as I was already soaked I didn’t feel much need to be too careful. 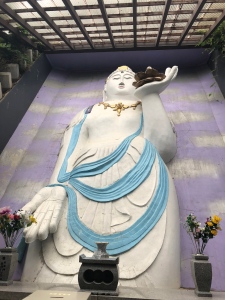 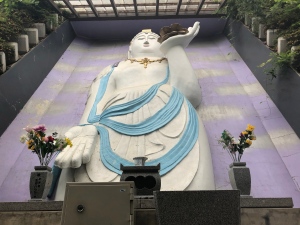 It looks like a big kannon statue on a slanted deck. This 13 metre statue is tucked away in a tight space behind a hot spring resort hotel and is called Yawaragi Jibo Kannon (224 Baba, Miharumachi, Tamura-Gun). I’m not sure what it’s really about but it’s certainly interesting. 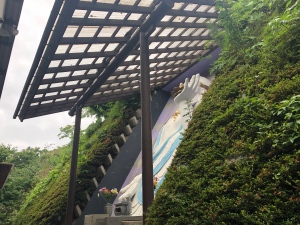 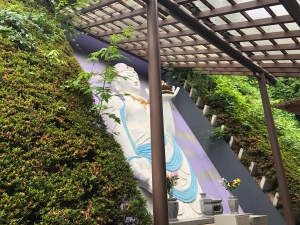 As I was walking back to the station I passed a workshop which had many stone characters including Doraemon, Maneki-neko and Godzilla. All three of those have featured on Tokyo Fox in the last few months!

2 Responses to In Search Of A Spider-Man Statue In Fukushima Prefecture!