Whilst in Hamamatsu by myself for half a day last August I came across this interesting-looking museum. I actually went into it’s lobby area but as a man of no musical ability I thought it might all be rather unappreciated by me so I didn’t go inside for real. As a trained pianist though, I knew my wife would be very interested in such a place so thought I’d wait until we were in Hamamatsu together.

That happened to be sooner than I’d probably imagined. We had to take a short break from her parents place in Izu as they had many guests coming to stay so we went to stay in Shizuoka city for a couple of days. We were unable to get a hotel in Hamamatsu as it was the Japanese Golden Week holiday season so decided to do a day trip from Shizuoka which is about 70 minutes away by train. 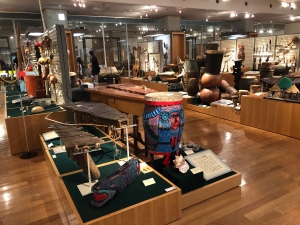 The Museum of Musical Instruments (3-9-1 Chu-o, Naka-ku, Hamamatsu-shi) is about a ten minute walk east of the station and entrance for adults is 800 yen. It displays a total of 1300 items from all corners of the globe with Japan, Asia, America and Europe all well represented. Of most interest to me were the slightly smaller Oceania and Africa sections which were full of instruments (some unpronounceable) that I’d never heard of and wondered how they actually worked. 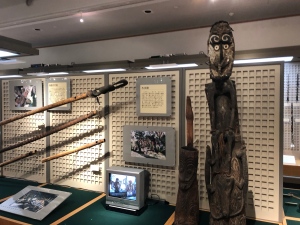 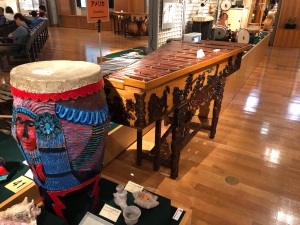 Entrance is on the ground floor but the majority of the exhibits are in the basement. There are listening posts throughout so you can listen to snippets of many of the instruments though sadly they were mostly for the ones I already knew.

There was also a small section devoted to retro artefacts though I’m not sure of its relevance to the museum.

The popular Hands-on Room was of course very noisy! I was quite surprised to see how many world musical instruments were on hand to touch and play. Examples included pianos, guitars, bongos, organs, banjos, all manner of drums, and a load of other things which I don’t even know the names of! 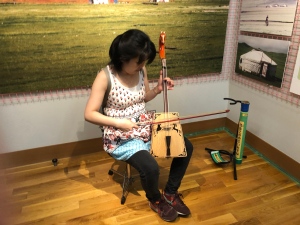 There was a live performance in the museum but my wife had had enough by then and was starving so we left to get some food. Outside the museum, and across the tracks was this colourful factory with the bullet train whizzing by at the time I just happened to be taking the picture.

It’s not just Utsunomiya in Tochigi Prefecture which has a reputation for producing great gyoza but Hamamatsu is also famed for these meat and vegetable filled dumplings. Even though I knew I wouldn’t notice any difference I went through the motions of sampling it and sure as hell I was proved right. That’s not to say it wasn’t nice though. It was. I’m just not sure it’s too different to any other gyoza I’ve had!

After lunch I happened to notice this Diego Maradona and Che Guevara street mural in the distance so had to get a closer look.

Hamamatsu Diorama Factory is a tiny museum (300 yen entry) located at the back of a retro candy shop within a shopping centre. Whilst the shop was busy, there wasn’t a single other person inside the museum which in some ways felt like a stock room where the dioramas were placed on basic tables with cloths draped over them. There’s no doubting the talent of the creator but this place is severely lacklustre. 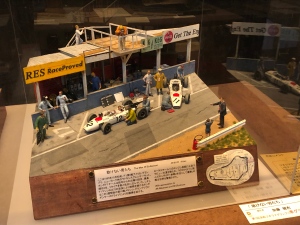 The only reason I knew about these dioramas was because of Star Wars. Whilst searching for places to visit in the area I came across a picture of the legendary droids C3P0 and R2D2 so thought I’d go to investigate.

That wasn’t the only Star Wars 3D model as there was also one of Anakin’s Podracer from ‘The Phantom Menace‘ (1999) which was nice to see as I have been absorbed by nostalgia for this film recently as it was its 20th anniversary in May. 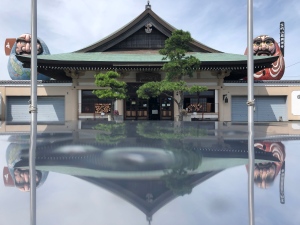