Yamadera: The Mountain Temple That’s Reminiscent Of One From A Batman Movie 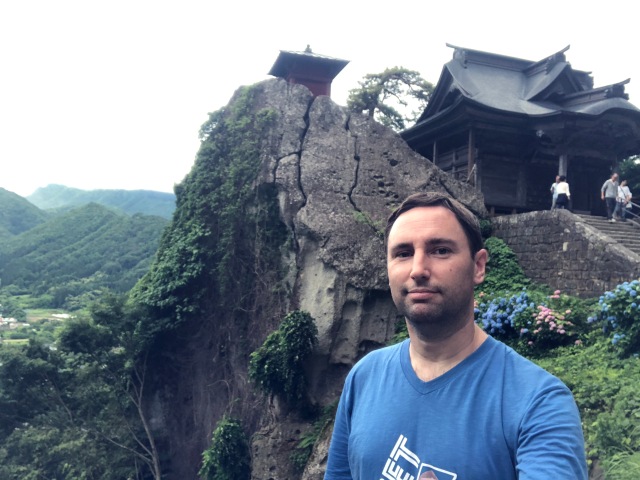 That is how Chris Broad of the popular ‘Abroad In Japan‘ YouTube channel described this place in Yamagata Prefecture. He was referring to scenes in ‘Batman Begins‘ (2005) and from the moment I heard that on his podcast last year I was immediately keen to see this place as I absolutely love that film and it is actually my favourite of all the Batman movies.

Yamadera, founded in 860, literally translates as mountain temple and it is only about twenty minutes north-east of Yamagata via the Senzan Line (¥240) thus making it a
very easy escape to nature from the city. Rain was definitely in the air as I arrived at Yamadera Station early afternoon but I just hoped that it would hold back for as long as possible. The area is all well signposted and just five minutes on foot from the station are the steps (below) and main hall which are the gateway to Yamadera.

Just beyond the main hall is the place where the ascent technically begins from and a ¥300 entrance fee has to be paid. The hike consists of 1000 steps and takes around half an hour on what is quite a steep mountainside. Along the way there are stone lanterns, little temples and small statues among other things. 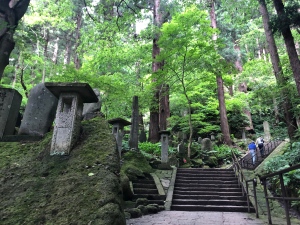 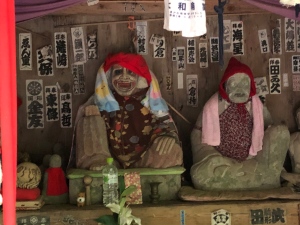 Impressive sheer cliff walls are encountered as you get nearer the top.

After about 15 minutes of climbing I came to the most recognised point of the mountain. It’s the image which usually appears as the promotional shot for Yamadera and it’s no surprise to see why it’s used. This really has to be one of northern Japan’s most beautiful temples. 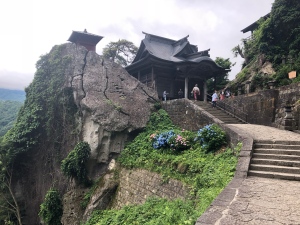 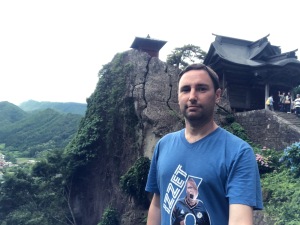 In director Christopher Nolan’s reboot of the Batman franchise, Bruce Wayne (Christian Bale) travels to the Tibetan Himalayas where he learns how to purge his fears as he is trained in ninja methods as a member of the League of Shadows. It’s this particular part of the mountain which is no doubt most reminiscent of some of those ‘Batman Begins‘ scenes. 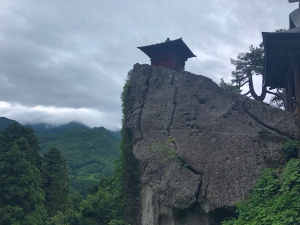 Godaido Hall is just a short distance further up the mountain from that view spot and it has an observation deck extending over the cliff which has some wonderful views looking out over the valley below. 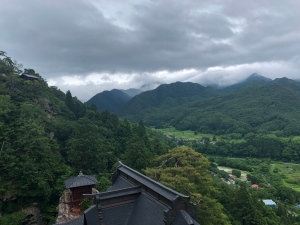 The very top (or as far as you can go) was a little underwhelming and it was also at this point that the rain finally started to fall. An interesting thing to notice at Yamadera is that many, many visitors like to leave low value coins (mostly just one yen ones) offerings whether they be balanced precariously or placed in the cracks in the wall. All the many coins seemed quite new so I’m guessing they are collected every so often by the temple. 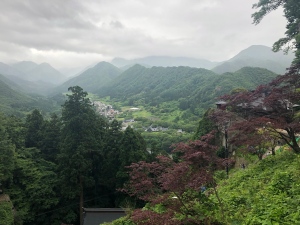 With a lot of time to kill till my next appointment, I took refuge from the rain in a local restaurant and had some hot sansai udon noodles which contained all manner of locally grown vegetables. 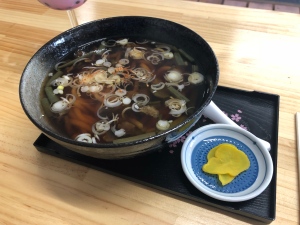 Given the weather forecast I like to feel I had got quite lucky with the rain up until Yamadera but there really was no avoiding it late afternoon as I headed west by bus from outside the restaurant for about ten minutes and then walked north for forty minutes in the pouring rain to watch a J2 League football match.

4 Responses to Yamadera: The Mountain Temple That’s Reminiscent Of One From A Batman Movie