A few days after I’d done the ‘Cycling In Izu #1‘ ride and I was itching to get out on my bike again. This post is all about what can be found along a particular stretch of Route 135, the main road which runs down the east coast of the Izu Peninsula. Of course I could have just gone straight down this road and then come back up but that’d be a bit boring so I turned off at the same point that I did for going to the Jogasaki Coast.

This time though I didn’t quite go as far as there but could just enjoy a quiet country road with hardly any other vehicles in sight. At the junction for Route 135 the plan was to basically turn right and just work my way back towards my in-law’s house stopping at points of note along the way.

However, there was a quick two kilometre detour in the other direction first. When travelling by car up and down this road I had noticed a tall kannon statue but had no idea where it was. I managed to locate it using Google Maps, and as it wasn’t too far beyond my original starting point I decided to head down to see it. 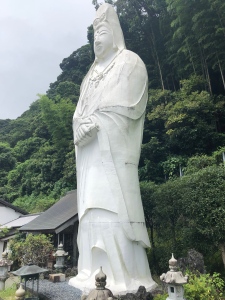 Fish seats (there were a few at different places along this route) and a giant can of Budweiser with a nude woman on top were a couple of the highlights shortly after that. 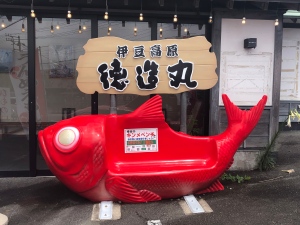 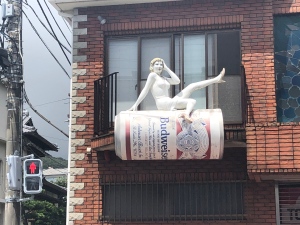 The next place of vague interest after that was the Music Box Museum of Izu (1191-1 Yawatano) which is somewhere I was previously unaware of and maybe it’s one that my wife will be interested to go to in the future. 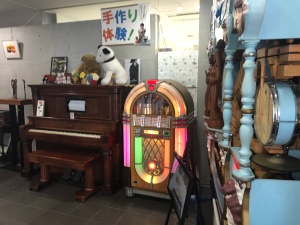 Orange Box (1143-13 Yawatano, Ito-Shi) is an otaku shop specialising in figures, trading cards, books, DVD’s, toys and so on which I found completely by chance a couple of years ago whilst my wife was otherwise engaged at a nearby store. Sadly it hadn’t yet opened for the day when I was there (it opens at midday) so I couldn’t check out what interesting Star Wars goods they had on sale.

What kind of shop doesn’t open till noon!!

Not too far up the road from there was Cafe Be (1131-17 Yawatano, Ito-Shi) which I have never been to. It supposedly serves up Italian food but I only know it for having three old cars (or parts of cars!) as part of the outside decoration. 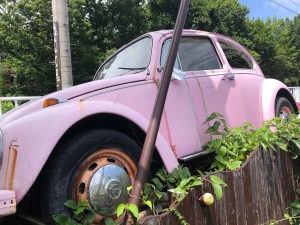 On the other side of the road a few hundred metres along was the Ayashi Shonen Shojo Museum (1029-64 Futo, Ito-Shi) which translates as Mysterious Boys & Girls Museum. It’s a little difficult to detail the contents of such a place as it’s just so packed with random stuff akin to a recycle shop or collectors bedroom! No one needs to visit this place twice (especially when it costs 1100 yen to enter!) so once I’d got a few shots I moved on to bigger and better things. Well, certainly bigger things. 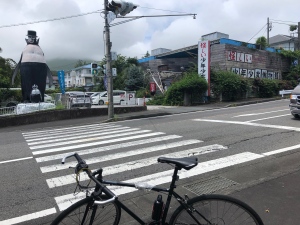 Namely a giant cactus. This is located outside a roadside station known as Izu Kogen Tabi-no-Eki Granpal Port which is all part of the Izu Granpal Park complex; a theme park for young kids. From my pictures (below) it only looks about twice my height but it is actually 4-5 times taller than me. 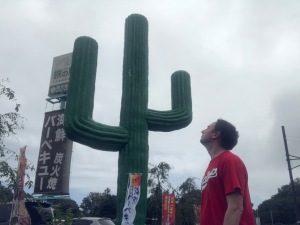 A little further up the road is a restaurant specialising in wasabi; the root vegetable known in English as Japanese horseradish.

This polar bear was nearby but just metres away from there was the true highlight on this stretch of road. 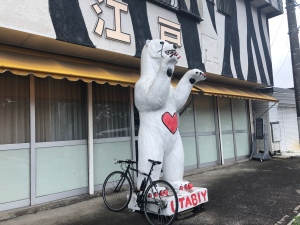 If you read ‘Cycling In Izu #1‘ then you’ll have seen a big gorilla outside someone’s house but this giant one towers way above that. Why it’s there, I really don’t know!

On a route featuring some strange places and sights, I guess I shouldn’t have been too surprised to see a Moai statue! This one seemed to be at a business that makes such stone structures as there were a few other statues on display in it’s garden.

The final stop on this tour of Route 135 sights was the Maboroshi Museum (1310-1 Futo, Ito-Shi). It was a highlight of my trip a couple of years ago and it proved to be again thanks to the wonderful staff including セーラちゃん (Sarah-chan) who has supposedly featured on TV a fair bit. Before all that though I took a quick wander through the free parts of the museum up until the admission booth. For the record, entrance is 1200 yen and in my opinion it’s a slightly better option than the other weird museum further back down the road. 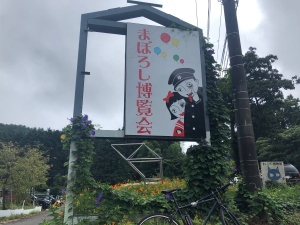 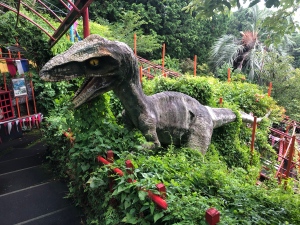 Having been to this place before I enquired if they knew about a very friendly girl I’d met last time. The woman did know of her so we got chatting and I requested a weird concoction of the popular kakigori (shaved ice) dessert. These are provided as a free service for museum visitors. I ended up being made a miso, wasabi and anko paste mix whilst her kids sat nearby in tubs of coloured water. The taste was of course pretty awful but that was the whole point of it! 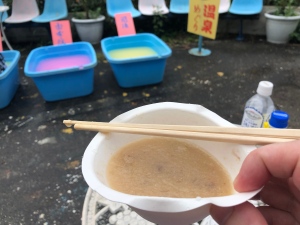 The seasonal curators working outside the museum really help create a warm and friendly atmosphere. It was nice to chat to them and of course get some new photos with Sarah-chan before I headed off home on the final part of this bike journey. 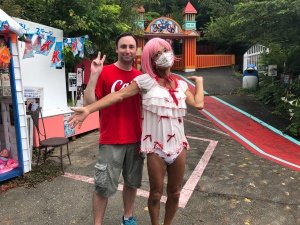 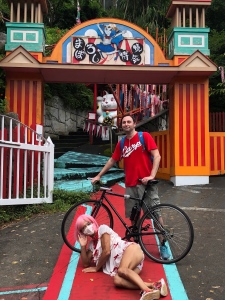 This was quite a simple and relatively short 22 kilometre cycle ride with very little in the way of hills but it was still incredibly sweaty stuff due to the humidity, and the bath waiting for me was a most welcome sight when I returned to my parents-in-law’s house early afternoon. 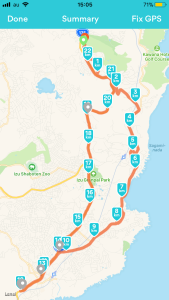