At One With Nature In Izu: The Jogaskai Coast, Mount Komuro, Mount Omuro & Ippeki Lake 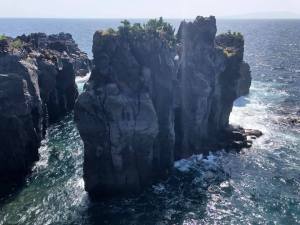 One of the most obvious and best things about going to Izu (Shizuoka Prefecture) every few months is the abundant nature in the vicinity of my parents-in-law`s home in Ito. It`s a world away from the city life we live in Tokyo, even more so during these Covid_19 times. The very picturesque and beautifully shaped volcano known as Omuro-yama is one of the most famous sights in the region but one that we actually don`t go to so often. It`s still a place I`ve only been up once, and that didn`t change here as we only went to Sakura no sato which is a really nice spacious green park area to the rear of the mountain. 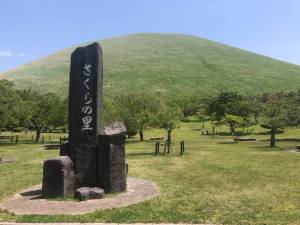 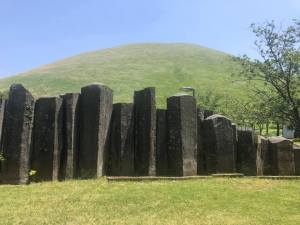 Just over the road from there was a place I`d noticed as we passed by in the car due to some fairly bizarre statues outside. In this area though such a sight is really not so surprising as the Maboroshi Museum  and Ayashii Shonen Shojo Museum (Mysterious Boys and Girls Museum) are both just as strange and about five kilometres away. This is the Wax Museum and it looked like a poor-man`s Madame Tussaud`s so I didn`t go inside. Never say never though and maybe I`ll go in to investigate properly one day.

This place seems like another quirky & shabby museum in Ito (#Shizuoka)!
¥1000 entry & the same for a photo with the best waxworks is a bit ridiculous though! It really didn’t look impressive from the outside & the entrance area! 🇯🇵 #WaxMuseum #WaxOnWaxOff pic.twitter.com/ytoXEF5KSJ

Taking the dogs on an early morning walk around the Jogasaki Coast one day felt good. It was a hot morning and we only came across two or three people during the whole trek along the scenic trail.

There is a replica canon on show at one point which was once used to defend the area from the Kurofune (black ship) in the 19th century.

On previous visits, I`ve visited this area from the main Jogasakikaigan Parking Lot so, like many people, had never ventured too far beyond the lighthouse and bridge, but coming from the opposite direction enabled us to see it all from a different point of view. 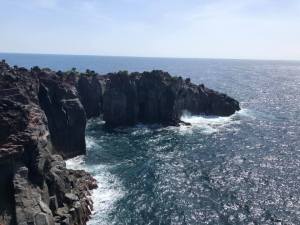 One of the main highlights is the near-50 metre-long Jogasaki Suspension Bridge which is about 20 metres above the water. It has a 20-person capacity but often seems to have far more people on it than that. 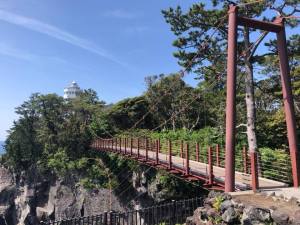 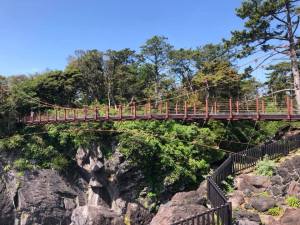 However, this time there wasn`t anyone else in sight! 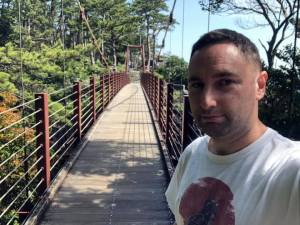 The phallic-shaped Kadowaki Lighthouse (below) was as far as we went before turning back. 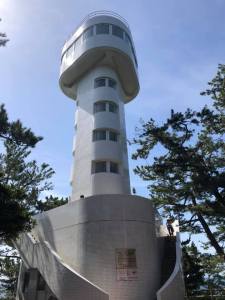 A few days before that we went to Lake Ippeki-ko but this time we wandered round Numa-ike which is adjacent to the main lake and pretty much deserted although there is a kind of eerie growling sound that comes from within the reeds on the lake. A “Red Bull” (long before the name became synonymous with the energy drink!) monster supposedly once lived in Ippeki-ko and often attacked boats crossing over his head, so maybe it`s spirit still lives on in this neighbouring lake!! 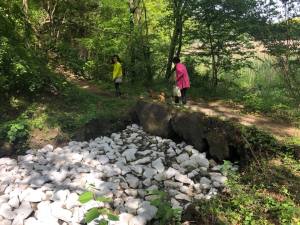 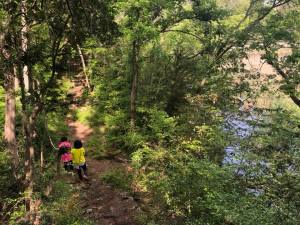 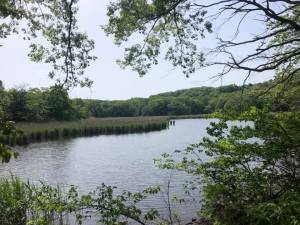 Komuro Park is famed for it`s festival of beautiful pink azalea flowers in Golden Week each year but this time we were a little too late to see any of that. There`s always next year I guess! There had been some reconstruction at the top of the mountain (which most people access via chairlift) and a new cafe was open and very popular. We went there on one of our numerous trips to this mountain.

A little bit further down the mountain is the awesome dinosaur space which takes you to another world! 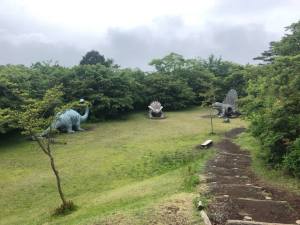 Those places are all great but it`s rightfully the sight of Mount Fuji which always brings the most delight to people. The majestic and iconic mountain can often be seen (albeit through a load of wires!) from just outside my parents-in-law`s house.

7 Responses to At One With Nature In Izu: The Jogaskai Coast, Mount Komuro, Mount Omuro & Ippeki Lake