A Wet Walk Around The Rugged Volcanic Rock Shore In Izu

Back in August, my wife and I spent six days in Izu but the weather was so sh*t that we did very little outside of the house. However, there was a brief respite one afternoon so, desperate to get out, I headed off to the nearest station in Ito to head a short distance south for some hiking.

Within minutes though it began to rain again and at one point I did turn around and was on my way home but it lightened a bit and so I just thought I`d risk a soaking and so continued on hoping that it would get better by the time I reached my destination station.

As with other recent travel in Izu I was yet again pretty much the only passenger on the train ride to Izu-Kōgen (IZ06); a station I`d never been to, and one which I was surprised to see was quite big and full of shops and a tourist information centre. Nearly every other station I`ve visited on the Izu Kyūkō Line has been fairly small with nothing there!

It was raining lightly as I headed down to the coast on foot passing by the Izu Teddy Bear Museum and Izukogen Rose Terrace; a cafe with an interesting-looking structure outside. 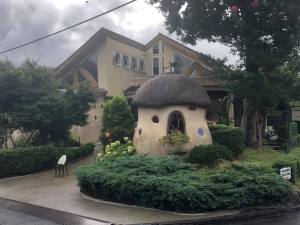 After about 20 minutes I arrived at the starting point of what is called the Jogasaki Nature Study Course! The canopy of the trees offered some protection from the light drizzle. 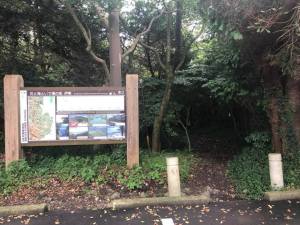 It was only a few minutes till the first sightseeing point, and it was here where I saw the only other person on the whole hike! This was probably the most scenic place with a great view created by volcanic activity. The rock surface is rugged but it was good fun climbing over it all to see the waves come crashing into the inlet. 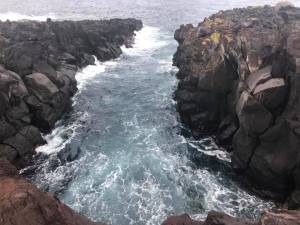 The pictures may not do it justice but the views were still wonderful and I was so relieved to feel some fresh air and experience some nature having been in the house so much. 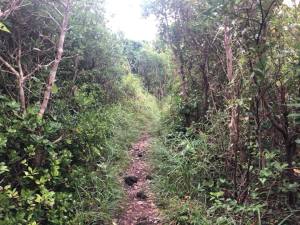 A lookout point for the Manaitawa Rocks at Nichirenzaki Cape was the final rocky view and the rain had subsided by this point. That didn`t last too long though! 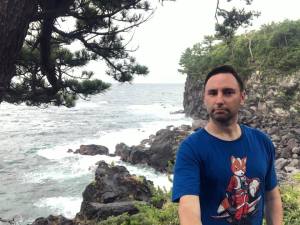 After that the trail did continue but it was all paved and so not as interesting.

The final points of interest were Renchakuji Temple and the New York Lamp & Flower Museum which was just about to close, not that I was ever planning to go inside as I had a train to catch.

Jōgasaki-Kaigan (IZ05) Station was a 20-25 minute walk and the rain did get heavier not that it mattered too much by this stage as I was already quite wet and knew I could be in a warm bath at home within an hour or so. 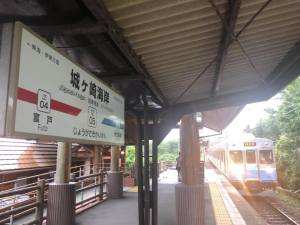 It proved to probably be more memorable because of the wet conditions and I was ultimately glad that I had made the effort to escape from the house for a bit of adventure.