This Little-Known Tokyo Museum Is Dedicated To Marine Science

When you get a guide book for Tokyo you maybe think that there are about a dozen museums in the capital city. They are just the main popular ones though. The Grutto Museum Pass opened my eyes to a much larger array of museums but the reality is that there are hundreds and hundreds devoted to all manner of things and it is always fun to come across them, usually when exploring areas on my maps app.

Here’s yet another story of an unknown one escaping the attention of me and just about everyone else who has ever set foot in Tokyo. No doubt there is someone reading this and rolling their eyes in disbelief at those words whilst screaming “I’ve been there you ****!” at me through their screen!

I’m certainly not a museum type of person but when I came across this one I thought it was quite unique. It should definitely be said though that I DO NOT agree with the practice of whaling, dolphin-hunting and so on. Anyhow, this museum is on University grounds about fifteen minutes on foot east of Shinagawa Station. 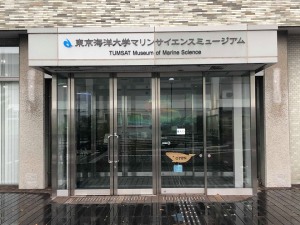 I’m sure I was probably supposed to sign in at reception or something but no one was around so I just ventured in. Before heading upstairs to investigate the main exhibits I checked out the one-eighth model recreation of the first practice ship “Kaiyomaru”, an Indian-Pacific blue marlin and a humungous Japanese spider crab to name a few.

My first impression was that of surprise as it was a much larger space than I expected beginning with cabinets full of stuffed sea birds. 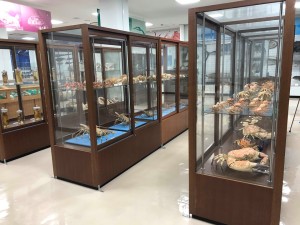 Penguins, seals and other creatures (below) have been collected from investigative expeditions to Antarctica (in 1956) and the Galapagos Islands (among others) on “Umitakamaru II”.

The Tasmanian giant crab has the biggest shells and claws in the world but I forgot to take a picture of that! Here are some other stuffed fish (below) instead!

The thing that most grabbed my attention when I walked in was the Dwarf Minke Whale’s body (below). Little did I know at that moment that a far bigger one was to come!

The Japanese spider crab (below) is the biggest in the world and one has to wonder how all those many people who fear spiders would feel on seeing this specimen nearby! 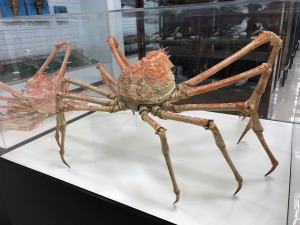 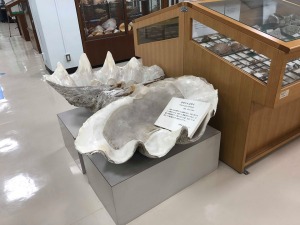 The Whale Exhibition Gallery stands in front of the museum and houses a 17.1 metre and 67.2 ton male whale (below) caught in the Gulf of Alaska in 1961. It was donated to the university four years later and the information board even shows the point where the whaling harpoon hit it. It is believed to be one of the largest complete preserved sets in the world and is a hugely impressive sight. 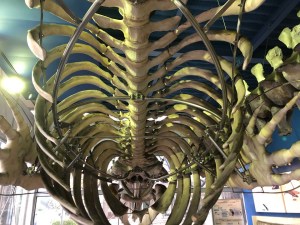 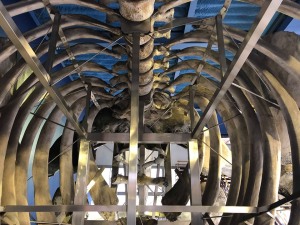 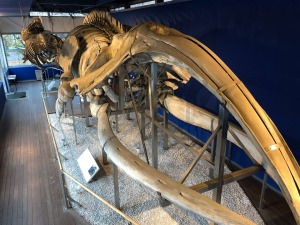 There was one more exhibit to come as the aforementioned “Unyomaru” (below) stands in the north-east corner of the campus and is designated as a registered tangible cultural property of Japan. I know that must be some accomplishment but in truth I still don’t really know what it means! It was originally built in 1909 and established itself as a successful American-style where the caught whale is captured and held next to the ship.

As this was an area I had never been to I wasn’t too aware of my surroundings so I was quite surprised to discover that I was just a stones throw from Tennozu Isle which I could see in the distance as I walked on to Osaki.

Click here to read ‘The Shrine Of Cartoon Characters’

Click here to read ‘Have A Whale Of A Time At This Tokyo Shrine!’

Click here to read ‘Three Of A Kind: Dragon Torii Gates In Tokyo’