Travelling for a few hours just to see one little sight is something I’m usually happy to do so imagine my excitement when I heard about this town in Gunma Prefecture which has multiple interesting and quirky places of interest all within walking distance of each other and the station.

Head north from Ikebukuro on the Shonan Shinjuku Line up to Kuki (Saitama), change to the Tobu Isesaki Line and you’ll continue on into Gunma Prefecture. Follow that with a couple more changes at Tatebayashi and Ota and you will eventually arrive at Yabuzuka Station. If you plan it well enough and time it right you can do it all in about two hours but be warned that trains between Ota and Yabuzuka are not that often so you may have to wait a while if you mess up the times or there is a delay. 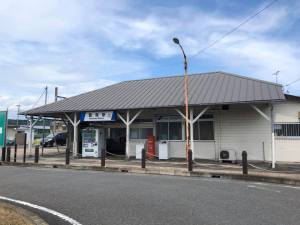 A ten minute walk to the north of the station is the first of a couple of giant scarecrows (518 Yabuzukcho, Ota, Gunma) which are permanently on show. The Yabuzuka Scarecrow Festival has been held each year at the beginning of October since the early 1980s. A truck was annoyingly parked right in front of it on first encounter but thankfully it had gone by the time I returned as I headed back to the station later that day. 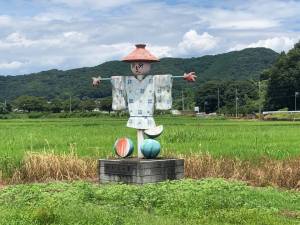 Just a few minutes further up the road is the second one which is much bigger.

Those scarecrows were something of a warm-up act for the main events which began with a trek through the peaceful countryside to a decaying forest. Amidst it were the lost world ruins of Ota Yabuzuka stone quarry. 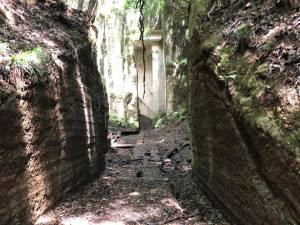 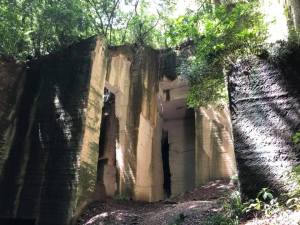 Whilst there I did film a short video (below) but forgot to upload it in the original post so this is something of an exclusive!

Japan Snake Center is just under fifteen minutes south of there on foot and really is a shabby looking place in need of some kind of refurbishment. Entrance is ¥1000 and there are demonstrations, meal-feeding sessions and about 200 species from around the world at this snake institute which has been around since 1968. 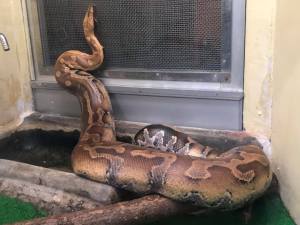 Mikadukimura theme park is just a stone’s throw from there but be warned that it is also a little over-priced for what you get. It’s even more expensive if you arrive by car! The highlights of this place are the mysterious cave, the diagonal house and it’s recreation (?) of the birthplace of a lone wanderer from a 1970s TV show.

Yabuzuka Station is on the Tobu Kiryu Line but it is also served by the Ryomo No.24 Limited Express train too and I decided to splash out and take that back to Kuki in Saitama as I was pushed for time. It cost about ¥1500 for a 50 minute journey and I was pretty much the only passenger on this very nice train.

Click here to read ‘Japan Snake Center – A Place To Avoid But Not For The Reason You May Think!’

Click here to read ‘The “Theme Park” In Gunma With A Sloping House, A Mysterious Cave & Not Much More!’

1 Response to Tokyo Daytripper: The Town With Multiple Quirky & Mysterious Sights Just A Couple Of Hours North Of Tokyo