Last month I wrote about my contribution to the latest issue of JSoccer magazine; Japan’s number one English language football publication. Since issue #13 was released a sufficient amount of time has passed so I feel its now ok to reproduce the contents of that article for those who maybe missed it!! 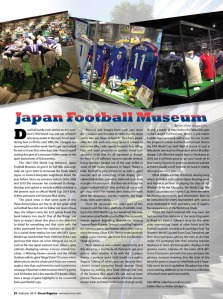 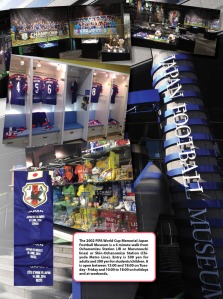 Dust had hardly even settled on this Summer’s FIFA World Cup and out of habit I was lying awake in the early hours wondering how to fill the void. With the J League not resuming for another week I had to get my football fix and so it was that a few days later I found myself visiting this gem of a museum hidden away on the quiet backstreets of Ochanomizu.

The 2002 FIFA World Cup Memorial Japan Football Museum, to give it it’s full title, was originally set up in 2003 to showcase the finals which Japan co-hosted alongside neighbours Korea the year before. Since my previous visits in 2004, 2006 and 2010 this museum has continued to change, develop and update to include exhibits relating to the present such as official World Cup 2014 balls, tickets, pennants and Samurai Blue shirts. 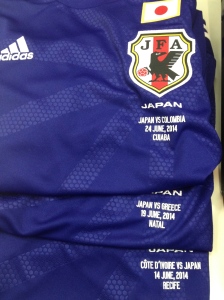 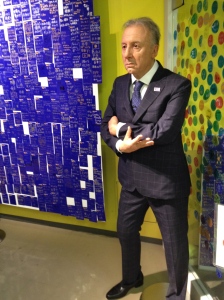 The good news is that some parts of this three-floored place are free to all but given what us football fans fork out to follow our teams these days, the 500 yen entry fee isn’t gonna break the bank balance too much! One of the things you have to respect about this place is the attention to detail for everything and that starts with the ticket purchased from the machine on floor B1.

It’s a scaled-down replica (on one side) of a Japan World Cup match ticket from 1998 but before you purchase that there are a few things to see on 1F such as life-size Japan national team players, glass cabinets displaying various J-soccer related bric-a-brac, a Winning Eleven console and the Virtual Stadium with its giant ‘Mega Vision’ TV screen which allows you to see the whole pitch from one camera angle; a view that could never be used on television coverage. Elsewhere in the museum there’s a pretty cool 3D theatre and a few standard TV booths which have a range of game highlights to be consumed from past World Cups. 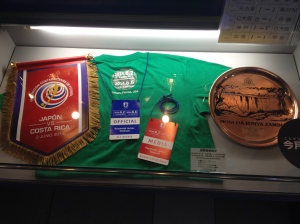 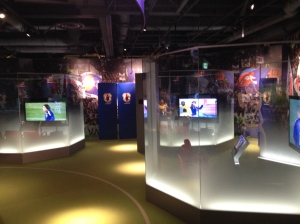 Pictures and images from each year since the J-League was founded in 1993, line the steps which take you down to floor B1. It’s a fairly ample affair but still, each and every space is utilised to maximum effect with signed footprint floor tilings here and team promotional posters there! One shouldn’t think that it’s all crammed in though for there is still sufficient room to wander without being shoulder barged out of the way unlike in some of the busier museums in Tokyo!

There’s a table football to play around on as well as giant  mascots and an interesting J-Club display glass cabinet full of shirts pennants, balls and so on from a couple of dozen teams. This floor also includes the Japan Football Hall of Fame and the all important gift shop which has signed shirts lining the walls amid the ubiquitous scarves, magnets, key rings, mugs, shirts and t-shirts. 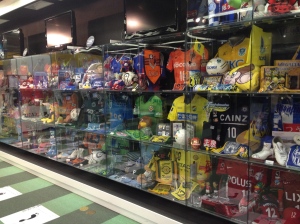 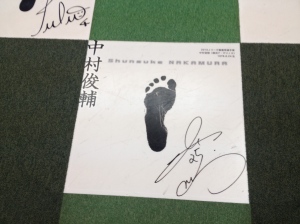 Floor B2 possesses the main part of the museum and this has a plethora of exhibits relating to the 2002 World Cup. As I wandered this area, memories came flooding back of Beckham’s penalty winner against Argentina, Ronaldinho lobbing Seaman from 40 yards, Senegal upsetting France in the opening game, the Koreans riding their luck to reach the semis, Oliver Kahn almost single handedly taking a poor German side to the final and Rivaldo’s cheating antics. 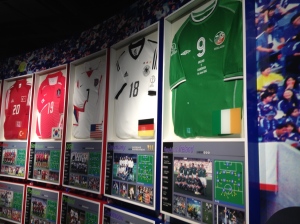 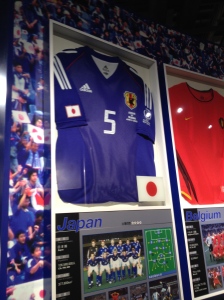 Most Japanese love a photo opportunity and this place has a multitude of chances to get your picture taken whether it be with the J-League trophy, a purikura (print club) booth or a replica dugout. Talking of which, you can become Manchester United perennial bench warmer Shinji Kagawa by putting your head through the hole of the Samurai Blue team’s life size cut-out team picture.

There are also waxworks of former German keeper Kahn and Alberto Zacceroni though surely its only a matter of time before the latter one gets melted down! Furthermore, there’s a pre-match huddle team waxwork with a gap for you to join the players in unison and last but not least there’s the FIFA World Cup itself. Well of course it’s just a fake plastic one stuck to the podium which Brazilian skipper Cafu lifted the trophy from in Yokohama in 2002 but it still feels good to get your hands on it! Don’t worry if you’re on your own and want a photo as there’s usually a staff member on hand or nearby who can take it for you. 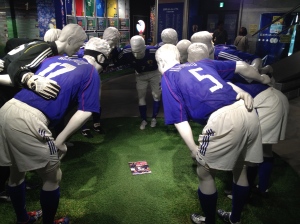 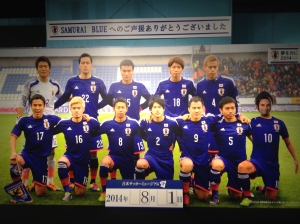 Other notable exhibits of interest, among many others, include a replica of the Japan dressing room and historical archives displaying the days of old. Whether it be the Olympics, the World Cup, the Asian Cup or even the Toyota Cup, there are some fascinating mementoes and information facts to be consumed for every tournament with special areas dedicated to each and every one of Japan’s five appearances at the World Cup finals. 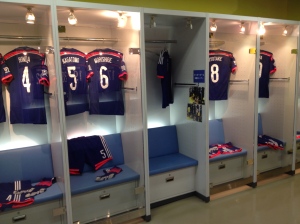 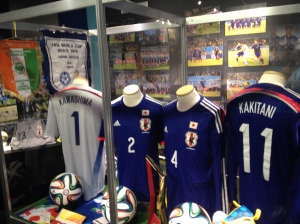 Whilst the men’s national side may have not had too much to celebrate at the recent big event in Brazil it’s been a different story for the other sides representing Japan at other levels and this football museum certainly acknowledges that. The Women’s World Cup and Asian Cup Champions get their deserved space among the men as do their under 17’s protégées with their winning trophies displayed in front of photographic displays of the glorious events. Likewise for the mens 2014 AFC Futsal Champions and with that you can leave this glorious museum knowing that the state of the beautiful game in Japan is in fine fettle and it hopefully won’t be too long before this place has a few more exciting additions to its increasing collection of football items and memorabilia. 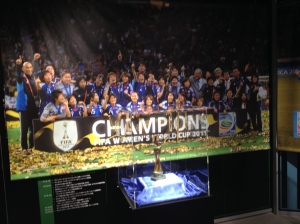 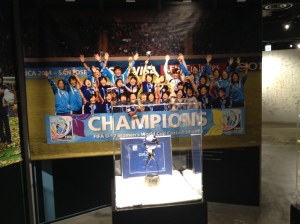 The 2002 FIFA World Cup Memorial Japan Football Museum is a 6 minute walk from Ochanomizu Station (JR or Marunouchi lines) or Shin-Ochanomizu Station (Chiyoda Metro Line). Entry is 500 yen for adults and 300 yen for students/children. It is open between 13:00 and 18:00 on Tuesday – Friday and 10:00 to 18:00 on holidays and at weekends. 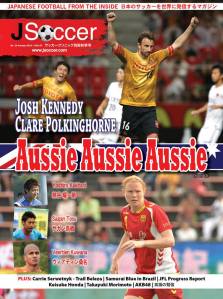 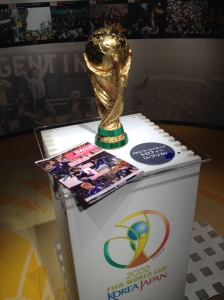 JSoccer magazine is available in print or as a Pay-What-You-Want PDF from jsoccer.com

3 Responses to My JSoccer Magazine Article On Japan Football Museum