An Afternoon In Atami 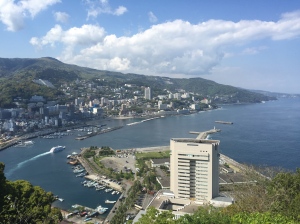 It was a gloriously sunny day when my Golden Week holiday started in Atami en-route to stay with my parents-in-law in Ito which is about 25 kilometres further down the east coast of the Izu Hanto Peninsula. My wife would be joining me later that night but I was free till the evening and armed with our suitcase which I dumped in a locker outside Atami station and then proceeded to walk for about 45 minutes up to the castle.

The views across the harbour are supposed to be reminiscent of Mediterranean Europe (above) and they were indeed very impressive on a fine day. Atami-jo Castle is located on top of a hill and I actually walked past it at first as I had to walk through a fairly lengthy tunnel at one point and was about to enter the next one until I looked back and saw it on the hill behind me!

Perhaps the most famous thing about the castle is the shachihoko (an animal in Japanese folklore with the head of a tiger and the body of a carp) on the roof and in the museum which was made by Shōun Asano; a famed sculptor from Nagoya. From a movie point of view, this castle is renowned for appearing in ‘King Kong Vs Godzilla‘ (1962) which was destroyed during the dual between the two monsters. 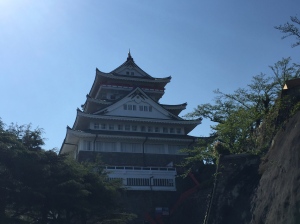 My main aim though wasn’t actually the giant fortress though and neither was it the sex museum (above) which is just a stone’s throw away. Behind the castle there are some seemingly discarded statues which I’d read about in a magazine. However, the area where they are located in the car park downstairs from the castle seemed to be closed off from the public but having got this far I wasn’t going to give up on it. 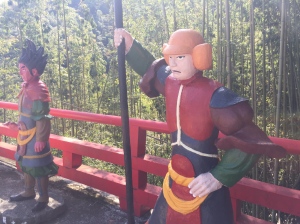 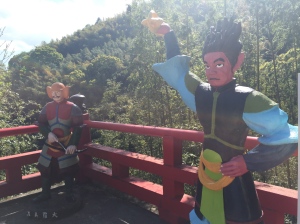 What was most noticeable is that the concrete sculptures, also made by the aforementioned Shōun Asano, really have been cleaned up compared to those I have seen in print and on the net. I actually felt this was a shame as the appeal for me was in their faded, run-down, decrepit look rather than being all shiny and new looking! 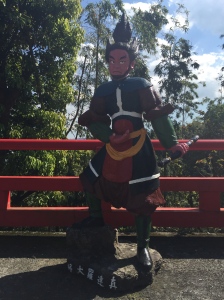 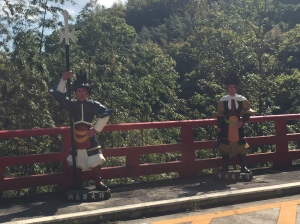 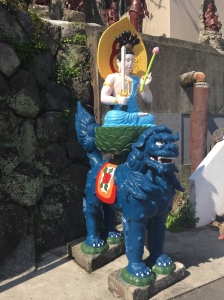 Entrance to the castle and the museum is rather expensive so I didn’t bother with that and instead headed back to the station where I saw a monkey on a chimney and a boat hanging outside a building amongst many other things. 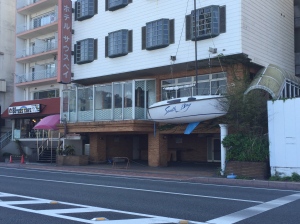 Not sure what the sculpture below is about but you can see Atami Castle perched on the hill on the far right. 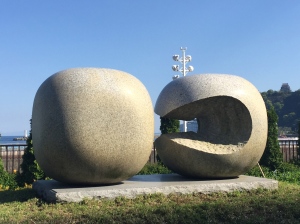 Atami is a place loved by the domestic market but is of less interest to international travellers. The Japanese love their hot spring baths and travel far and wide to experience them. Atami is one such place famed for them and so there are many souvenir shops (above) near the station to cater for the influx of visitors.

There is a free foot bath outside Atami station and it would have been nice to have a quick soak but it all seemed more trouble than it was worth as I had no towel and knew that I would be able to enjoy the big bath in my parents-in-law’s house later that evening.

8 Responses to An Afternoon In Atami