When our beloved family dog “Momiji” (a chihuahua-poodle mix known in Japanese as a chipoo) went to heaven last year it left a huge void in our lives. Time does move on though and seven months later my wife and I had got our very own dog, and then in late March my parents-in-law got a brown poodle and called him Cocoa. You’d be forgiven for thinking that, between us, we were trying to create a new chipoo but that is not the case as they’re both male dogs! 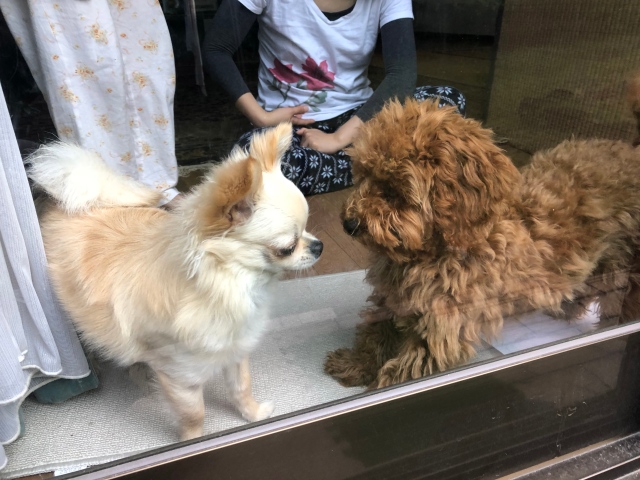 We had been planning to go to Izu in Golden Week but the State of Emergency (the “soft” lockdown which Japan employed for most of April and May) put paid to that idea. Once it was over though we were able to finally get over that way in June so our two dogs could meet one another whilst they were still very young. Oh and it was also the first time to see the in-laws this year so that was nice too!

My father-in-law had to come to Tokyo for some other reason so that managed to fit in nicely with us getting a lift back to Izu with him. There was a stop at a service station en-route where I was quite surprised to see the toilet had a touchscreen (surely that can’t be too hygienic!) for how to use it. Seriously, is it really necessary to have so many languages with instructions of how to do something everyone knows?!! 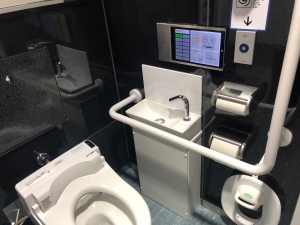 Just in case you don’t know how to use a toilet!

For his first car journey, Maron was pretty good and didn’t get too agitated at all by the movements or sounds of the car. We stopped off at a beach in Ito before getting to my parents-in-law’s house. This was naturally Maron’s first beach experience and what a place to make your debut! 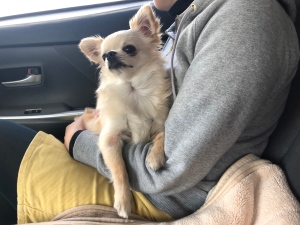 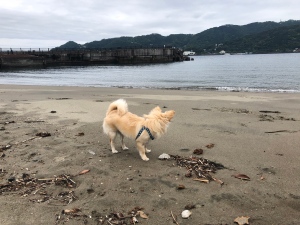 Cocoa is such a happy dog and he greeted me with relish but as expected Maron didn’t receive such a warm welcome and the two of them barked and snarled at each other for a while. Other than the occasional meet up with dogs in our neighbourhood, Maron hadn’t really spent more than a few moments with any other dog so this was new to him and it took a while for him to fight back a bit and learn to protect himself. 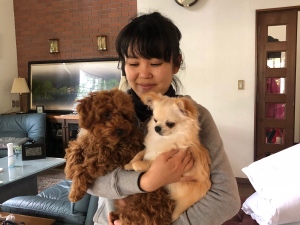 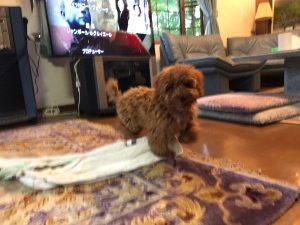 They went bed as kind of enemies but the next morning (very, very early!) when the doors partitioning our rooms opened they were so delighted to see each other and their tales were wagging frantically. 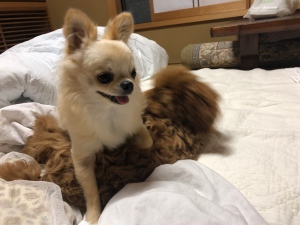 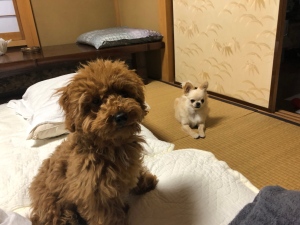 What followed was pretty much non-stop fighting and playing with each other for the rest of this short trip as they were seemingly joined at the hip. 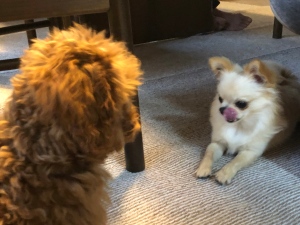 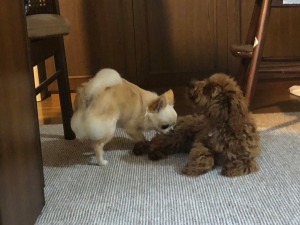 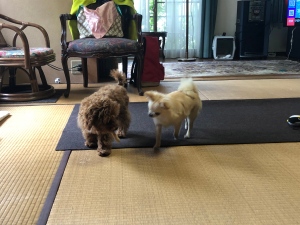 We went by car to Komuro-yama Park in the afternoon for a quick bit of fresh air and to give the pair a chance to have a run around. Given that they’d been running around the house and garden all morning I’m not even sure it was necessary! 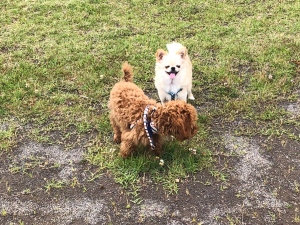 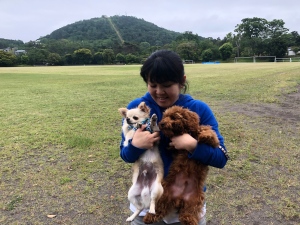 They were pretty exhausted after all that and finally, after a wash of sorts, fell asleep on the kitchen floor. It was a rare moment of chill-out time and we were all so grateful to see it. Whether they remember each other the next time they meet is another thing. It could be a fair few months till that happens again though as they’ve returned to Hiroshima, and I am not sure if they will even recognise one another next time! 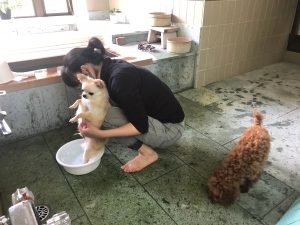 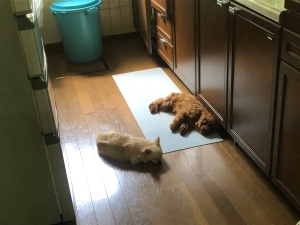 The Shinkansen (bullet train) was our mode of transport for returning from Atami to Shinagawa and I was looking forward to sitting back and relaxing for a bit. Not a chance sadly as Maron was playing up, and though there were very few other passengers on board, I had to take him (in his carry case) to the bit between cars so as not to disturb people. Thankfully he was much calmer for the journey from Shinagawa back to the Tokyo Fox Global Operations Centre in the north of Tokyo. 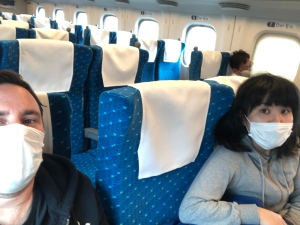 Click here to read ‘Puppy Love: A Big Welcome To Our Little Addition To The Family!’

Click here to read ‘In Loving Memory Of “Momiji”: A Tribute To Our Beloved Family Dog (Video)’

A Leicester City fan teaching English in Japan
View all posts by tokyofox →
This entry was posted in Family, Japan Travel and tagged having a dog for a pet in Tokyo, Ito, Komuroyama Park, Maron, puppy love, shizuoka prefecture, taking a dog on the shinkansen, things to do in izu. Bookmark the permalink.