For some people, abandoned buildings (known as haikyo in Japanese) are just dirty and messy structures in poor condition with no redeeming or appealing features but for others they offer quite fascinating insights into the lives of others from bygone eras. My opinion definitely falls into the latter category but maybe that’s just because I’m nosey person!

Izu Peninsula has a fair few abandoned buildings. The only ones I’ve previously been inside have all been former businesses like hotels or shops but on a trip to Ito in September I came across the ruins of an old house in the countryside. I’m not going to reveal it’s whereabouts as I can’t pinpoint the exact location. Besides, it’s probably not wise to give out such information anyway! 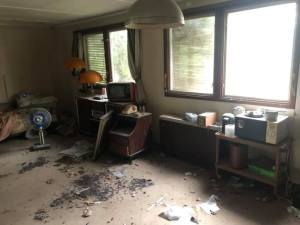 This particular house seems like it has been vacant and left-alone for decades rather than years as the furniture and electric devices (as well as a pile of old vinyl records) look like they belong in a museum! One has to wonder why the owner left and never came back as it’s not like those who have had to abandon their homes due to natural disasters.

The countryside house is open to the elements in parts and the weather has taken its toll over time thereby leaving the place looking like a bomb site in places. 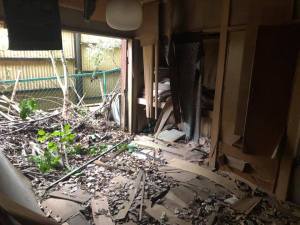 Previous abandoned ruins I’ve come across have mainly been around the Ippeki-ko area and regular readers/subscribers of this site will not be too surprised to see that lake feature here again. It’s a great place to take a leisurely stroll with the dogs around it’s circuit walk which is about four kilometres in length. 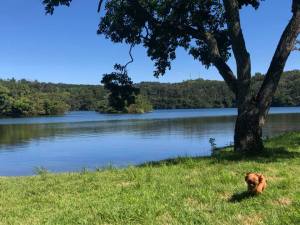 Anyone playing Tokyo Fox Izu bingo can now cross off Komuroyama too which is another staple of our trips to Ito. It tends to feature on any post about Izu and there have been quite a few in 2021! I’ve lost count of how many trips I’ve made there this year but as most of that time has been a State of Emergency it’s been the only real possibility, and if we were properly following the rules even that should’ve been out of bounds! 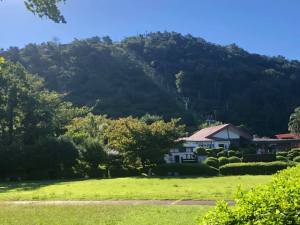 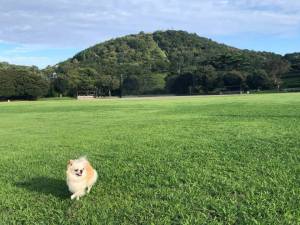 The highlight of this trip for me was using a chainsaw to cut some overgrown branches in the garden. This was just a chore so sadly there are no cool action shots of me holding the machinery in a menacing pose! Inevitably it all ended in disaster but thankfully not for my legs. Instead, there was a bit of wire fence among the branches which I didn’t see and it ended up getting caught in the chainsaw and temporarily breaking it.

Just one day after I’d been to the secret outdoor hot spring baths I was at another one and the two could both have been any more different! This one in Izu Kogen (1180 Yawatano, Ito) is your modern complex style one littered with all manner of amenities akin to what you’d expect to find in a hotel. And more! The indoor and outdoor pools also include individual pot pools as well as the chance to put clay mud on your body and let it improve your skin.

It was whilst chilling out afterwards that I saw this bottle of sakura cola (below) for the first time. I’m not sure it it’s Shizuoka only but there does seem to be a few different flavours available in the region which I never see anywhere else!

Dog time now and we rewind to the start of this trip and the Shinkansen (bullet train) journey from Yokohama to Atami. As journeys go this is a relatively short one by bullet train standards but it’s never too relaxing as we have to take care of Maron who can never settle whether he be on our laps or down by our feet on the floor.

Even though they’ve met a few times now the two dogs still need a day or so to get used to each other again. They’re pretty inseparable after that and are quite relentless in following each other around the house without resting much at all. 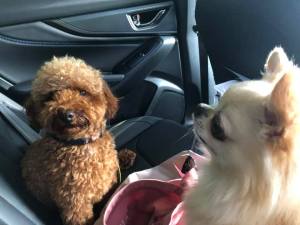 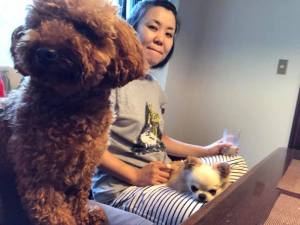 The towel which Maron is on in the first photo below is from the Toray Pan Pacific 2012  tennis tournament which takes place in Tokyo every Autumn out of Covid_19 times! I haven’t seen this towel for many years and have no real idea how it ended up at my in-law’s house! Admittedly, not as much of a mystery as the aforementioned abandoned house but it’s a slightly tenuous way of bringing this post full-circle! 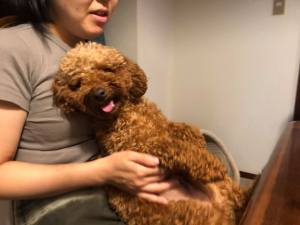