A Week In Ito On The Izu Peninsula

The first few weeks of October were busy for me with three consecutive six day weeks but there was always light at the end of the tunnel as I knew I had a six day holiday in Izu coming up. Typically it was absolutely hammering it down with rain on the first day of our holiday (with a typhoon on the way) but all we really needed to do that day was get to Ito where my father-in-law would pick us up.

My mother-in-law and Momiji the dog were not arriving until a few days later so it was just the three of us to start with. The typhoon resulted in a beautiful day the following day and so we went to Mount Omuro for an easy half-day trip.

A fair bit of time was spent just chilling in the house and doing some work around the house. I did some raking of leaves in the back garden and on the stone steps leading from the house down to the road but wanted to get out for a bit one afternoon so I went to Kawana Beach (below) even though it was a very cloudy, dull and overcast day. Expectations were low and they were just about met! 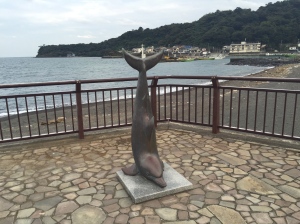 The board map by the beach made it seem like a vibrant and interesting place but reality was a little different! There was nothing bad about it but neither was it what I’d call a beautiful area! Naturally, I’ve tried to make it look as picturesque as possible with my pictures!

In the far distance I could see a stone torii gate so made that my final destination and I pushed on round the coast following the road and track through some vegetation and past a boat shed until I reached the shrine. 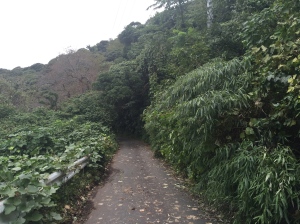 As I said in my recent dragon torii gates in Tokyo post, there is something very alluring about torii gates for us foreigners and they are seen to be very symbolic of Japan. This one wasn’t as interesting up close as it was basically an abandoned and unused shrine but it gave me a point to aim for and still shows a nice contrast next to the ocean. 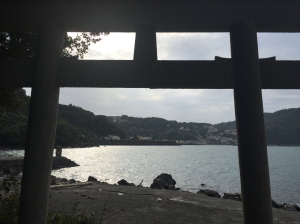 Having been to Atami to collect my mother-in-law and Momiji in mid-week, we stopped briefly at Ito Marine Town (below) on the way back home to give the dog a bit of a walk. Ito Marine Town is basically a colourful roadside station on the waterfront along route 135. It consists of restaurants, gift shops and a hot spring/spa amongst other things. For those without a car it can be walked from Ito station in about 20 minutes. 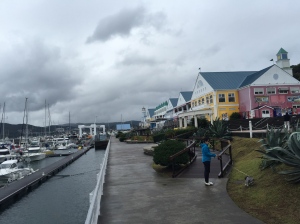 We popped into the local supermarket after that to get some more fresh sashimi for dinner and I brought some Halloween treats for everyone from Mister Donut. They weren’t quite as original or interesting in appearance as what my wife and I had at a conveyor-belt sushi chain restaurant about ten days earlier but they were still pretty cool. I am a sucker for such themed food items!! 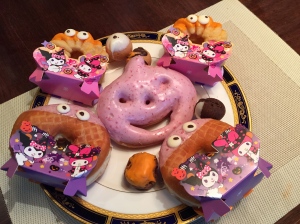 We all went on a day trip the next day to see Mount Fuji from the 5th station and on the way back home we stopped at the strangely named Ito Orange Beach (below) where there are a load of architectural structures. They kind of reminded me of all the street art in Tachikawa and as with that I wasn’t really sure what all of them were trying to represent but it was a nice area to walk around and stretch our legs for a bit. 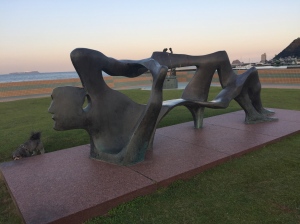 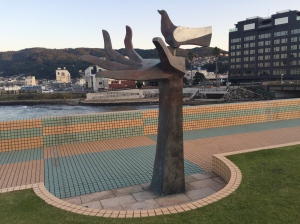 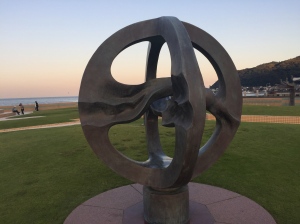 Ito Orange Beach is just 500 metres from Ito station and just over a kilometre down the road from the aforementioned Ito Marine Town but we actually visited them both on separate days.

Many months ago my wife bought a new bed for Momiji to have in Ito but as we haven’t been there since June (when we went to Jogasaki Kaigan Coast), it’s been a long wait to give it to her. I wasn’t really expecting her to use it but she surprised me by settling into it quite quickly. 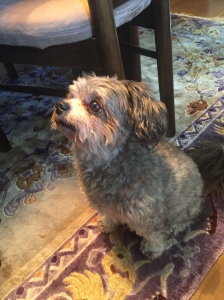 7 Responses to A Week In Ito On The Izu Peninsula