When it comes to doing animation locales, I have rarely ever seen the film or TV show before becoming aware that it’s been based on real locations. I’m definitely not what could be called an animation fan but whenever I hear of a place that has been featured I am keen to check it out. That most recently happened regarding ‘Your Name‘ (2016) and it happened again whilst I was in Hagi (Yamaguchi prefecture) with my wife and her parents in the August obon holiday.

Whilst walking around the streets of the old castle town area we arrived at Enseiji Temple and I have to admit that I had no plan whatsoever to enter it. However, I saw a noticeboard featuring a poster of screenshots and soon realised that an animation had used this temple in one of its story lines. The locales-geek part of me couldn’t let it pass so I paid my 200 yen entrance charge (which included a rather nice old-fashioned poster map of the area) and went for a quick look. 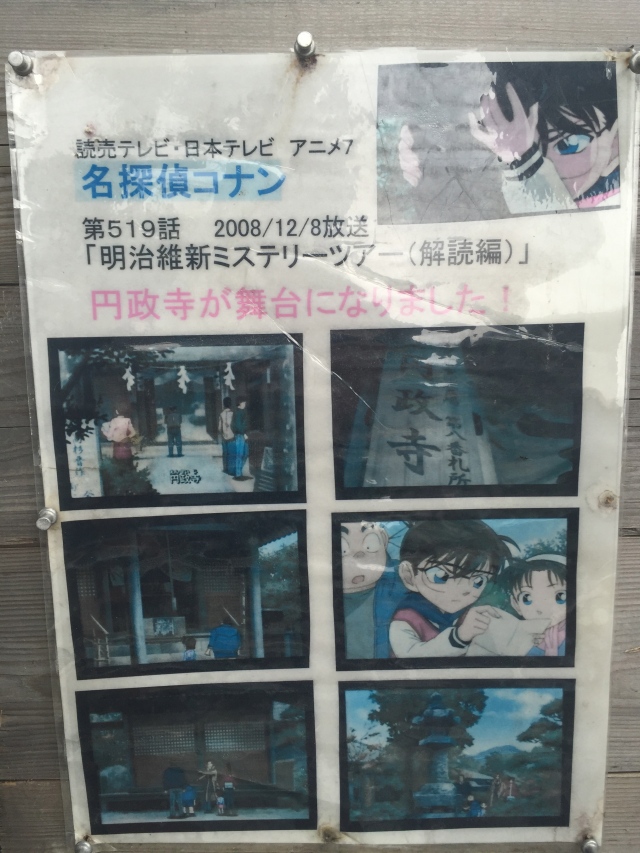 The ‘Detective Conan‘ (1996 – ) animated TV series (known as ‘Case Closed‘ in the USA)  used this place as a basis for one of it’s episodes and so I thought I’d copy the screenshots as best as I could and then work the rest out later when back at the Tokyo Fox Global Operations Centre.

It turns out that there are hundreds and hundreds of episodes of this show and it is #519 which features Enseiji. It’s actually part of a double episode and I watched it online (You can watch it here) and if you’ve got a spare 300 hours or so, you could even watch the other 860+ episodes of it! It’s only a 24 minute show with five of those minutes unbelievably being the opening and closing titles (two and three minutes respectively)

Now, before anyone says it, these clearly aren’t filming locations as such but they are locales and that is close enough for me! Admittedly, I only watched the second part and the re-cap at the start actually opens in Tokyo with Shōin Shrine in Setagaya ward (below) which featured in episode #518. What’s funny is that the opening scenes include a translation saying “You b*stard!” which is obviously not the most kid-friendly word to use for what is basically a children’s TV show!

A variety of clues (if I can be so vague!) point them to Enseiji Temple (below) in Hagi. It is open from 8:00 am till 5 pm and is a rare example of a shrine and a temple co-existing at the same location. 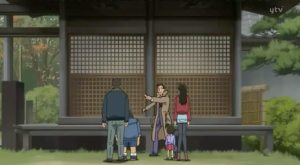 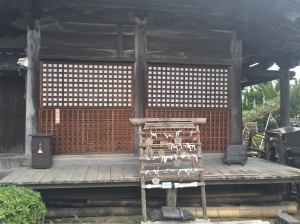 Conan finds the next clue in this stone lantern (below) in the form of a ripped page of a diary. I’m not sure how much of a big deal it really is but Enseiji Temple possesses the largest lantern in Yamaguchi prefecture. 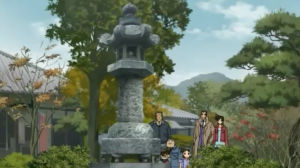 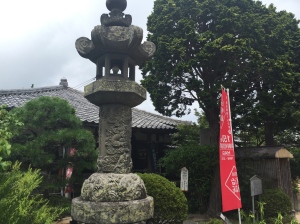 The aforementioned diary entry tells them they should go to a cave infested with Kappas to construct a map. Subsequently that takes them on to the Akiyoshido Cave (below) which I was delighted about as I went there the day before going to Hagi. By sheer luck I already had some of the matching shots of the entrance area and a section called Hyakumaizara which translates as 1000 plates formed from flat limestone deposits. 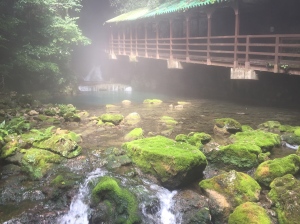 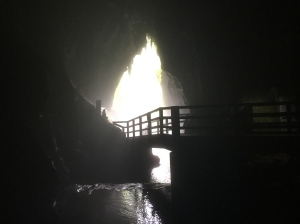 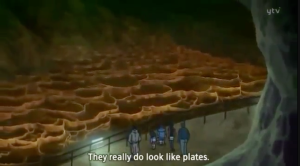 Akiyoshidai Plateau is stunning and it’s a clue about a fox which leads them to this area and as ever it doesn’t take too long to find what they are looking for as there’s a shadow resembling a fox. At the tip of the shadow, they find a rock with a mirror inside and after pushing the rock, a cave is revealed which they then navigate through. 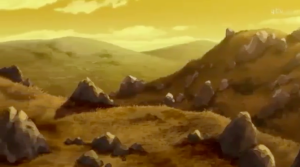 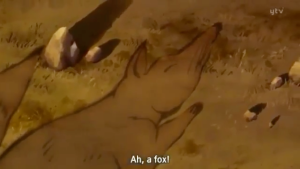 Finally, amidst of the end titles, it’s back to Hagi for a short scene at Souka Sonjuku. 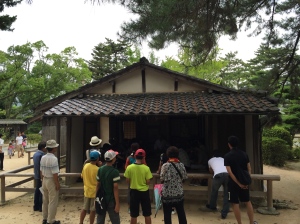