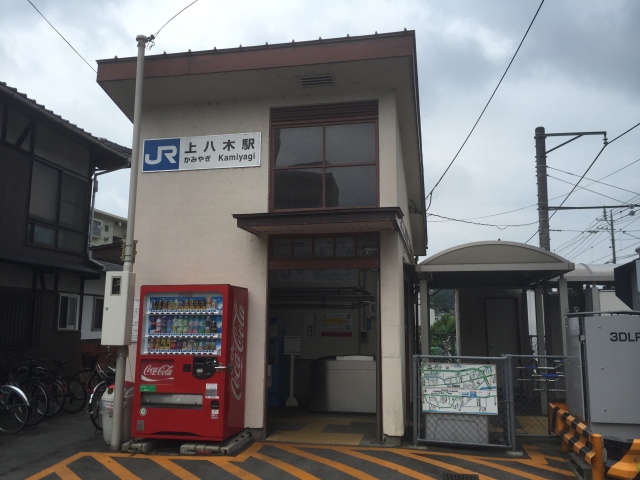 Think of train stations in Japan and the mighty Shinjuku station is sure to come to mind for many people. That is the world’s busiest train station and Japan monopolises the top 50 list with only five of them not in this country. However, at the other end of the scale are some tiny stations which are usually unstaffed and used by very few commuters.

Average No. of Daily Passengers: 550

Of course there are way simpler and smaller stations out there once you get deep into the countryside but this one is actually in the city, just over half an hour away from Hiroshima station. 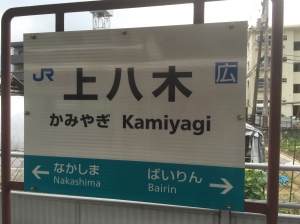 Kamiyagi station is located in Yagi in Asaminami ward and has a one-side platform handling one bidirectional track. It is supposedly only used by about 500 passengers each day according to statistics. I’m no trainspotter type but I do find something alluring about seeing such simple stations. 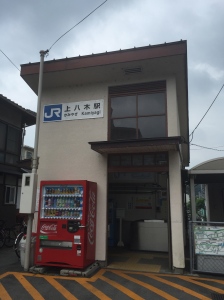 The station may be unmanned but it still contains a toilet, automatic ticket machine and there’s a vending machine outside too. What more could you need?! 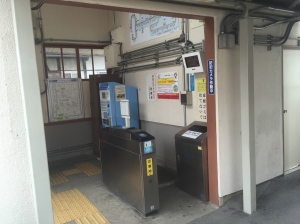 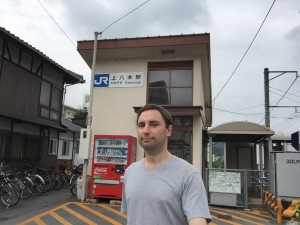 On the way back to Hiroshima I noticed from the window that the station two stops away looked very similar in style and size. Indeed it is and it turns out that Shichikenjaya Station is even more appealing for it’s “local line” ambience but is actually used by more passengers each day.

For the record, the third stop on the Kabe Line from Hiroshima (8 minutes away) is Mitaki; the gateway to Mitaki Temple which has an interesting background to it and is worth a visit once the big hitters like Miyajima and the A-Bomb Dome have been ticked off ones list. These tiny stations naturally have very limited appeal but the journey getting there was quite interesting as I got to see a different side of Hiroshima to what I usually see.