This Shrine Is A Big Hit With Baseball Fans!

There are thousands of shrines and temples in Japan and the vast majority of them don’t really register with me but I’m always eager to visit those which have featured on screen in some way (movies, music videos, animation etc) or are unique or quirky. This particular shrine has become something of a mecca for baseball fans not that I can really be considered a baseball fan as much as I like to tell anyone that I’m a Hiroshima Carp fan having seen them live a grand total of once!

Ever keen to see such an unconventional place, I recently took the Tobu Tojo line about an hour north of the Tokyo Fox Global Operations Centre. Higashi-Matsuyama is the station needed to find the “baseball” shrine and it’s about a five minute walk from the west exit of the station. I just wish I’d known about this place when I came to the area to visit Yoshimi Hyaku-ana WWII cliff tombs and the Gan Katsu Cliff face hotel back in 2010 and again in 2011. 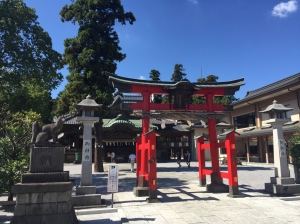 It is called Yakyu Inari Shrine and the kanji for yakyu can also be read as baseball which is the reason many fans visit the place as they pray to the gods in return for some luck and fortune being bestowed on the team they support or even to assist their own batting or pitching skills. 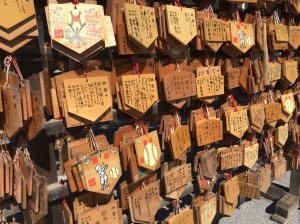 The vast, spacious temple grounds are covered in gravel and to the left of the main hall is where many, many ema (wood blocks used for writing prayer requests on) and baseball shaped amulets are to be found. 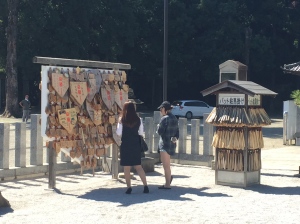 They are on sale at the on-site kiosk and I can only imagine that such a quirky baseball link has helped promote the place beyond expectation.

This shrine isn’t just famous for the baseball bastardisation of its real name but it also possesses the world’s largest stamp (above) at 1.42 metres tall and weighing 420 kilograms. It was unveiled in May last year to commemorate the 1300th anniversary of the founding of the shrine and is officially recognised by Guinness World Records. I actually came across Yakyu Inari Shrine though whilst searching deep for fox-related shrines in Japan. I could easily have included it in the ever-popular ‘On The Fox Trail…‘ series of posts but felt the baseball angle was a far more prominent one though. 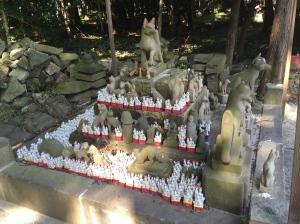 There is a section devoted to the foxes (above) that can be found behind the main hall which itself is home to a golden fox (below). As it’s an Inari shrine, there are other various stone foxes dotted around the place.

A tunnel of bright red torii gates (below) is always a pleasant spectacle and there’s a couple of dozen of them on the opposite side of the shrine grounds to the baseball stuff.

3 Responses to This Shrine Is A Big Hit With Baseball Fans!