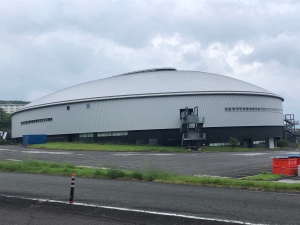 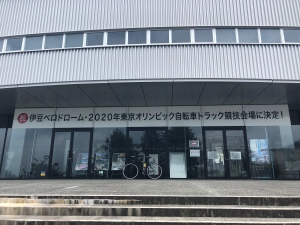 Tokyo may be the host city for next Summer’s Olympic Games but there are a few events taking place in other prefectures of Japan such as:

The latter is where I’ll be for some of the track cycling action assuming I can actually get there! I say that as this really is a difficult place to get to without a car. No train stations are close to the Velodrome so, as I had my bike with me on this trip to Shizuoka, I decided to go there on two wheels.

Thanks to a couple of stops along the way and having to push my bike up much of the mountain, it took around two hours to get to the domed arena which will be used in the Olympics from August 3-9. It’s hard to know if Great Britain will continue to be as successful at this sport as they have done at the last two Olympics in particular.

Having seen a video by YouTuber Two Wheel Cruise I was aware that there’s not too much to see at Izu Velodrome (1826 Ono, Izu-shi, Shizuoka) when there are no races taking place. As it was, I could see pretty much nothing at all as it just happened to be closed on that particular Friday. As for why, I have no idea. It was a little frustrating to say the least but these things happen from time to time.

Of course I could look in through the window to see information boards showing the construction process of the Velodrome in pictures with all the technical details about the size of it and probably how many bricks were used in building it! There were also some actual race bicycles, posters from previous Olympic games including Tokyo 1964, and jerseys worn by various famous riders who have competed at this place. 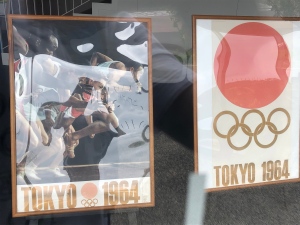 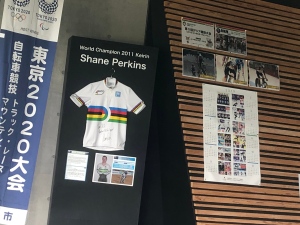 Across the car park is Izu Cycle Park which is like a cycling amusement park but that was closed too…..or was it?! Keep reading to find out! 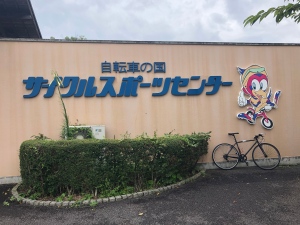 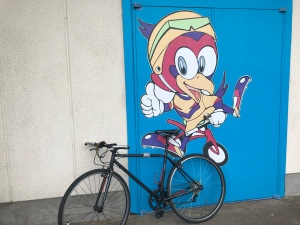 Just a little further up the road was an old cycle track and I couldn’t help myself as the place was completely deserted.

The indoor Velodrome is there in the background

I used to ride round the steep walls of my local skateboard park as a kid but that was only ever for a few seconds and nothing really compared to cycling around the banked walls of a velodrome. It was very enjoyable to do a couple of laps but I really can’t imagine racing at full pace against other riders at such angles! 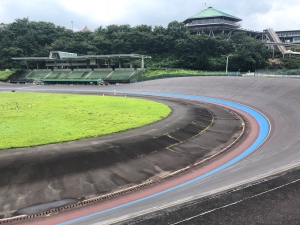 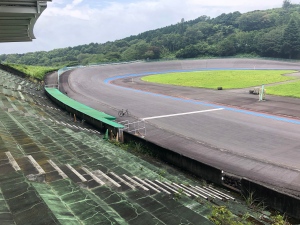 I thought that was it for the area but then I noticed there was another entrance to Izu Cycle Park and some people were actually there enjoying a few basic facilities such as the sky cycle ride (known at this place as cycle UFO) but that definitely was not on a par (in terms of scariness) with the one I rode at Washuzan Highland Theme Park in Okayama a few years ago. It was only ¥310 to ride on it but I really didn’t feel the need to try it out. 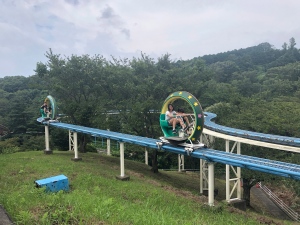 Other attractions in this spacious park included a 5km road bike course, a mountain bike course, kids cycling courses, roller-coasters, a long roller slide, some funny bikes, a boating lake, a swimming pool, a golf putting course and a maze. I’m not 100% sure but it did seem like much of it was still closed or maybe it just looked that way due to the absence of people! 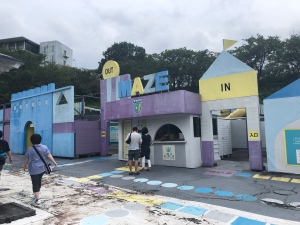 4 people in this picture! There weren’t too many more in the whole place

Presumably some free shuttle buses will be laid on for the Olympics from the likes of Atami, Usami and Ito Stations. Surely it can’t be left to just accessing it by car given the amount of people from overseas who will be visiting. Going by bicycle is definitely not a journey that I can repeat next Summer though……unless I want to leave home at sunrise and arrive drenched in sweat!

Click here to read ‘Taking A Bicycle On A Train In Japan – It It Actually Allowed?’