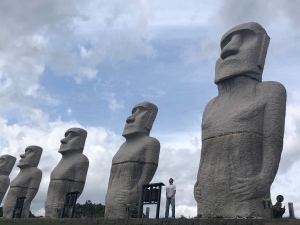 Given how remote Easter Island is I think it’s fair to say that I am unlikely to ever visit this Chilean territory. Luckily, Japan has a couple of places with replicas which are far easier to get to. Taiyo Koen (Sun Park) in Himeji has a few sizeable ones but the other place in Hokkaido has much bigger recreations and they can be seen for free!

Life-size Moai statues are all part of some attractions in a cemetery about an hour south of Sapporo. Thankfully it didn’t take too much to persuade my friend Mostyn that this would be an awesome place to visit so we met on the morning of the England vs Tonga Rugby World Cup game which we were in town to see that evening. From Susukino Station we took the train to Makomanai Subway Station; the south terminus of the Namboku Line. That took just 15 minutes but a 25 minute bus ride (from stop #2 just outside the station) was then needed to take us to Takino Reien (cemetery). 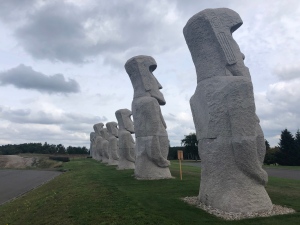 The Moai statues pretty much line up at the front entrance to greet everyone as they arrive and it is a pretty awesome sight. 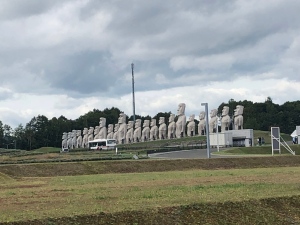 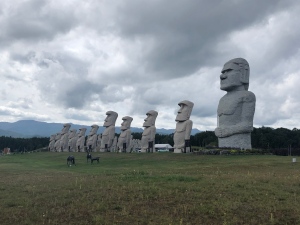 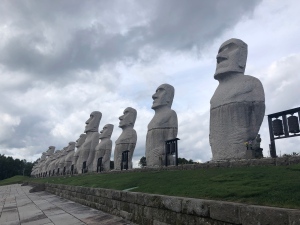 Makomanai Takino Cemetery was established in 1982 and possesses about 40 Moai statues of varying height and weight. The biggest one is just under ten metres in height and weighs 120 tonnes. Others are about 6.5m tall and 60 tonnes in weight. 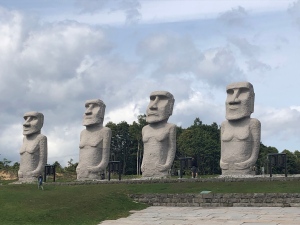 The bus actually takes you through the main cemetery gate and drops you off right inside the grounds. You can also catch the bus back to the station from there and another point inside the vast cemetery grounds. However, it is worth noting that there is another bus stop just outside the front entrance gate on the main road. 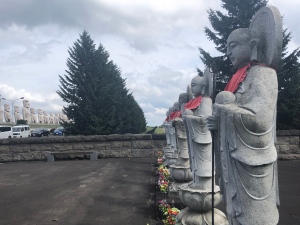 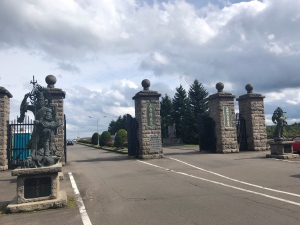 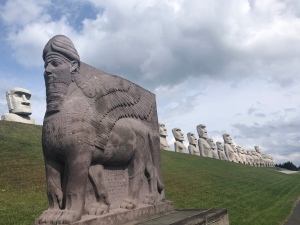 That wasn’t it for this place as there was the spectacular Hill of the Buddha on the other side of the road running through the park.

5 Responses to Life-Size Moai Statues In Japan! Who Knew!!