The Japanese Railway Station That Looks Like A Train!

The train is always standing by for you at this station.

Waiting for a train can often be a nervy situation for many albeit less so in Japan where they often run on time to the second. Such precision means many people time their trips meticulously without too much leeway for any slight delays. As a British guy, I grew up wondering how late the train would be rather than expecting or hoping it’d be on time.

None of that is a problem though at Mōka Station as one is always there. Kind of. It’s not a real train though as this one is just a station that was built in 1997 to imitate a steam locomotive.

The Mōka Railway Line in Tochigi Prefecture is over a hundred years old and services 17 stations for the 42 kilometre distance between Shimodate and Motegi. Mōka is the central station of the line so it’s also where the head office and depot are located.

Back in pre-Corona virus times (a distant memory now!), this was the very last place I went to outside of Tokyo before Japan’s State of Emergency kicked in. I actually arrived at this station on foot having visited a few other places in the vicinity and it was a pretty awesome sight as it began to appear in my vision. Better angles were to come though. 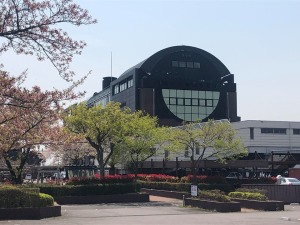 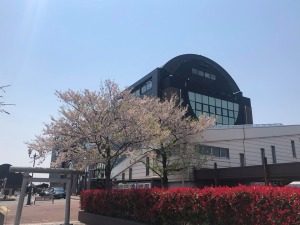 The station is a large 4-storey building and a little overwhelming for such a small city in the heart of a strawberry-producing region. The building includes an observation deck on the fourth floor and a local information centre on the ground floor. Preserved locomotives are exhibited both inside and outside the station, and on weekends the line operates a service for tourists using C11 and C12 class steam locomotives which were built by the Japanese Government Railways and the Japanese National Railways from 1932 to 1947.

Time for me at this station was limited to say the least, especially once I’d gone through the ticket gate. I only had four minutes to cross the bridge going over the tracks, run down to the end of the platform, get my shots (including a selfie!) and then return and board the single-carriage train in the pictures below before it’s 12:26 departure back down to Ikebukuro via Shimodate.

Bonus: Given that there’s not too much to say about Mōka Station I guess I should reward those reading this with some additional material so below are three other unique-looking station exteriors I’ve come across whilst on my travels in Japan in recent years.

Click here to read ‘A Trio Of Terrific Temples In Tochigi’

Click here to read ‘An Egyptian Pyramid Amidst Japanese Forest! You Better Believe It!’

2 Responses to The Japanese Railway Station That Looks Like A Train!