“It’s a bit Marmite” is a metaphor which is often used in the UK for food items, TV shows or people that really polarise opinion. The equivalent in Japan would have to be natto (fermented soy beans) which is very divisive and something of an acquired taste. 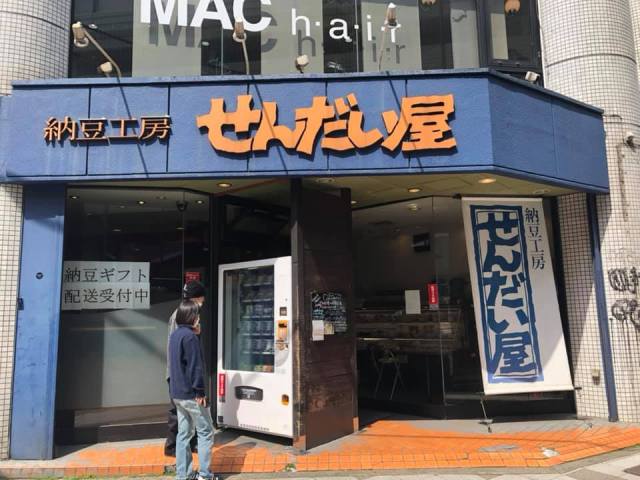 It was only when I started living with my wife that I even really began to ate natto. I didn’t have to grow to like it as thankfully I was a fan from the off. Students are often surprised when I say I like it and eat it most days. I teach a Junior High School boy in Shibuya who loves natto as much as I do and our conversations one day got me wondering if there was a natto restaurant. A short google search later revealed that there actually was one (and only one!) and it was quite close by as it was located just down the road in Ikejirii Ohashi.

Natto is typically eaten with rice at breakfast time but at Sendaiya (3-20-3 Ikejiri, Setagaya-ku) it is a popular lunchtime treat, and there is a special menu featuring a range of sets.

There was never any doubt that I was going to have the main set for 935 yen which includes rice, miso soup, pickles and all-you-can-eat natto. There are nine different kinds of natto available. Some are noticeably different whilst others just look and taste fairly identical in my opinion.

For the record, there are some other natto bowl dishes available too if you flip the menu over. These include natto bibinba, natto soba, natto pork kimchi and natto udon, as well as extra topping items like grilled salmon, raw egg and grated radish.

When my set did come to the table I really was taken aback by the mountain of rice laying in front of me. I soon realised that it was way too much and felt that I had to finish the vast majority of it as I hate to see food wasted. As a result it meant I couldn’t work my way through as many of the different types of natto as I had hoped. 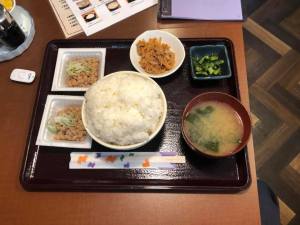 As aforementioned the English menu does say it’s all-you-can-eat but then there’s something about only being able to order two more once you’ve chosen your initial ones. Lost in translation? I’m sure the guy sat next to me had six packs of natto so maybe it means you can order two more times.

As for me, my rice error meant I only managed to get through a paltry four packets (large ohtsubu, edamame, sodefuri and hijiki seaweed if you must know!) before throwing in the towel. Had I not needed to get to work I may have taken a bit more time and ordered two more but I had basically had enough. It was all nice enough but when I’m eating out I want to have something which I definitely can’t create at home by myself.

Sendaiya is not just a restaurant but is also a shop and as ever in Japan, there were all manner of natto based food items and souvenirs on sale in the entranceway. 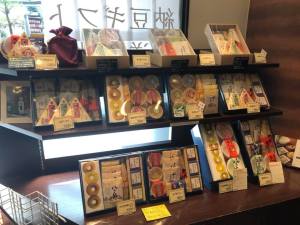 Outside the shop is a vending machine which certainly gets a fair bit of attention from passers-by and jihanki (vending machine) fans. It’s very rare to be able to buy natto from such a machine and as far as I know the only place where you can do so is from outside it’s three stores (Koenji, Shimokitazawa and Ikejiri Ohashi) in Tokyo. 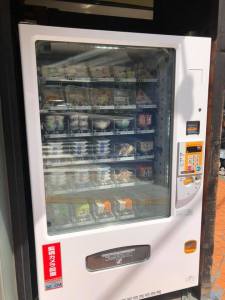 The machines do stock special natto-flavoured (?) donuts but only in multi-packets so I went back in to the store to get a banana one for later as I was absolutely stuffed but thought I should get one whilst there. It was quite nice but a little too dry for my liking. It’s not cool to say it but I much prefer the ones from Mister Donut or Krispy Kreme! 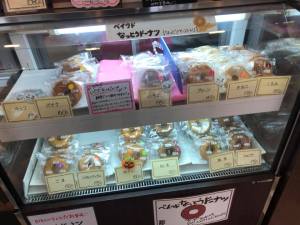 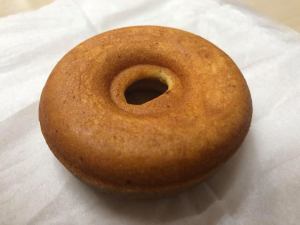 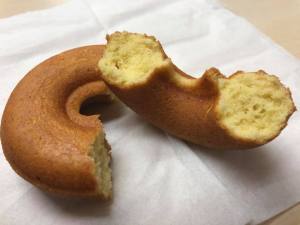 My final thought on the natto menu options is that it would probably just be better and more relaxing to buy a load of different types from a supermarket or specialist shop and then enjoy as many of them as you can whilst adding the desired amount of rice as and when you need it rather than having to decide beforehand.

Click here to read ‘Dining Out: The Buffet Which Is Completely Free To Everyone’