Chocomint is something of divisive taste in Japan. Whilst there are some big fans (I follow a couple of Japanese Instagram accounts purely devoted to chocomint products!!) I think the majority of people generally dislike it, and often say it’s like eating toothpaste! That does make me a little sad to hear as it is my favourite flavour but each to their own. Chocomint was fairly scarce in Japan until the last few years which have seen something of a boom in chocomint products, particularly in the Summer months. 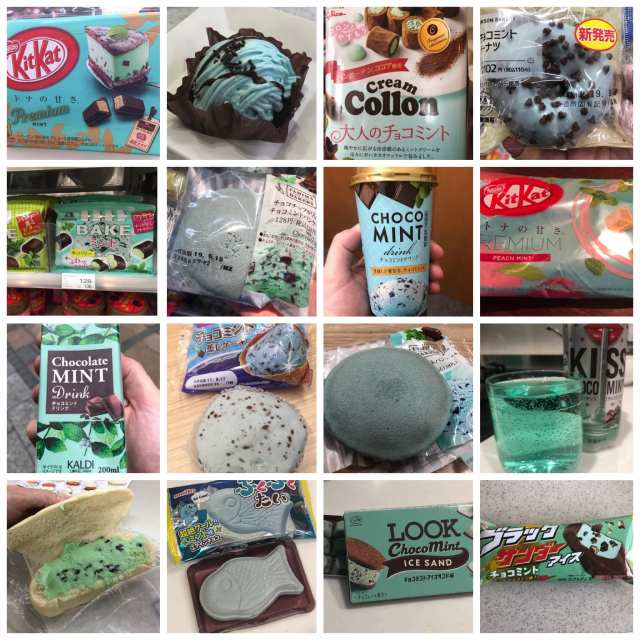 Another food which polarises opinion is natto a.k.a. fermented soy beans. It is the one Japanese dish which can meet resistance from foreigners and Japanese alike due to its strong smell. On top of that, it’s also incredibly sticky and stringy but it is very healthy as it’s packed with nutrients. Maybe it’s just my nose but I really can’t notice its supposed powerful aroma. I eat it every day, have been to an all-you-can-eat fermented soy beans restaurant, have eaten natto ramen and who could forget the natto on toast post back in 2014!!

This is the second time natto has featured in this series but this blending of two divisive food items was too good an idea to not be ignored. For the record, I saw this combination briefly mentioned on the April 24th episode of NHK World show ‘Cool Japan‘ and thought it might work well on toast. 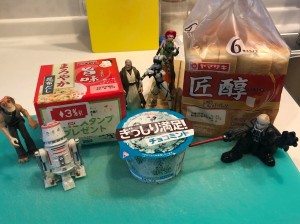 Everything you need to make this delicacy! (Star Wars figures are optional!)

Without further ado, here are the five basic steps to follow for making this authentic (?) Japanese dish……

Step One: Whilst the ice cream softens up, prepare the fermented soy beans.

Step Two: Having assembled your ingredients, put one or two slices of bread into the toaster for 2-3 mins. A slighly thicker bread is best for this concoction. 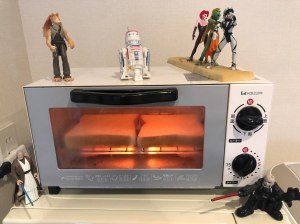 Step Three: Add the chocomint ice cream to the toast via a teaspoon and then use a knife to help spread it around.

Step Five: Put the chocomint and fermented soy beans-on-toast in your mouth, eat and enjoy!

This is the combo you’ve been looking for!

But what did it taste like I hear you ask. Only one way to find out!!

Now usually that line signals the end point of these posts but this time I will actually reveal that it tasted really good. Seriously. The mint flavour lessens the smell of the natto and it has a gentle flavour, though just for the first minute or two. Luckily it didn’t take me much too longer to finish it all. This really is the combo flavour you never realised you wanted to try.

Look closely and you can see the ice cream dripping off the bread! This was a messy one!

Click on the following links to see previous ‘…… On Toast’ recipes…