This Surely Has To Be Japan’s Cheapest Drinks Vending Machine!

Japan is famed for it’s many, many vending machines. There are all manner of interesting ones but fact is that the vast majority of them are just drinks machines with prices generally ranging from 80-210 yen depending on which drink you purchase. I always thought the mystery Mr. X machines in Tokyo offered some of the country’s cheapest options but how wrong I was as there are some in another major city which sell them for a mere fraction of that price. 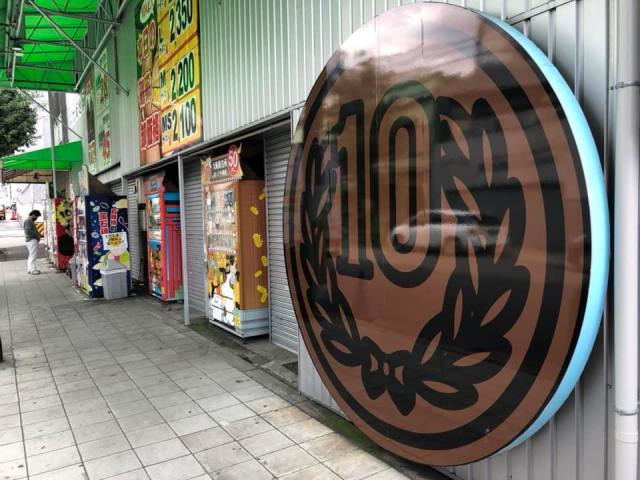 In a very unremarkable warehouse area of Osaka just north of the Aji River is a street containing a row of colourful and picturesque vending machines which have become something of a local tourist attraction ever since they made numerous appearances on variety TV shows a few years ago.

My visit to Osaka last October was fairly limited but there was time to see a few little things and one of them were these machines which first came to my attention a few years back in a video from YouTuber ‘Yukendoit’s Further Adventures in Japan‘. I accessed this area via a ten minute walk from Noda Station on the Osaka Loop Line but there are a few other stations within walking distance.

When I went there I just put ’10 yen vending machine’ into Google Maps and it came up with the location but that doesn’t seem to work now! If you type ‘Catboy Milk Machine’ into your search box though it ought to come up! 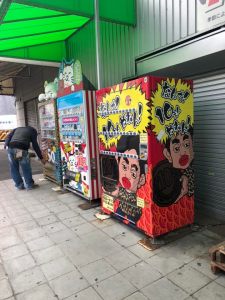 There seems to be something of a cat theme going on as some of the machines have manneki neko (beckoning cats) decorations on top of them, and one of them had cats in place of the items you usually push the buttons for. This particular mystery machine was selling all goods for just 10 yen a pop but every single one of them had sold out!

There are about half a dozen vending machines selling mostly drinks for 10, 30 and 50 yen respectively. For the record, there is also a machine for corona virus test-kits too! You do need to be lucky with the cheapest drinks when you arrive though as they are often sold out which is no surprise really as when I was there a guy pulled up in a van and filled a bag with about ten drinks! 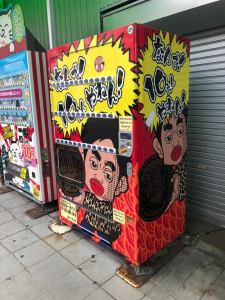 I pretty much knew from witnessing that spectacle that all the drinks were the same. However, that didn’t stop me hoping for something else but by the time I’d put my third  coin in I realised I was not going to get anything different so gave up as I was supposed to be travelling light and really didn’t need that many Lemola lemon and lime fizzy drinks! 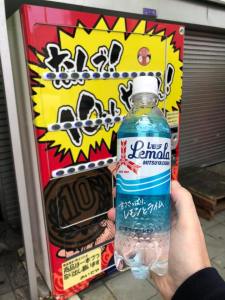 To sell them so ridiculously cheap I can only assume that these drinks are factory seconds or unsold seasonal creations. Either that or it’s just good promotion due to all the TV and social media coverage!

Finally, I switched to a slightly more expensive machine which dispensed what looked like a random list of cheap snacks and drinks as well as fortune papers for 50 yen! Sometimes you’ve just got to push the boat out and hope for an average return on your investment. 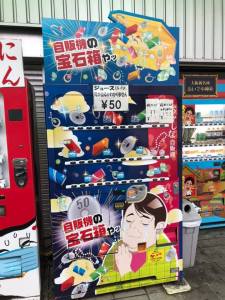 Admittedly I wasn’t too happy with the canned coffee which came out as I don’t drink the stuff but as I was on my way to meet a friend I thought I’d pass it on to him. I also gave him one of the lemon and lime soda drinks too! He sure is lucky to have a friend like me who turns up and dishes out gifts galore!!

Click here to read ‘Another Mystery Drink Dispensing Vending Machine But This Time It Was Much Closer To Home!’

4 Responses to This Surely Has To Be Japan’s Cheapest Drinks Vending Machine!