If it hadn’t been for the latest G.I. Joe film being set in Japan, it’s fair to say that I probably wouldn’t have ever seen it. As it was, I ended up quite enjoying it as I went into the film without any preconceptions due to my non-existent knowledge of the character, his history and his background. 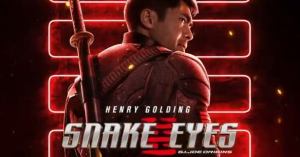 Anyone who read my ‘4 Castles in 4 Different Prefectures in 24 hours‘ post will be aware that I messed up as the day I went to Kishiwada Castle was a Monday, and in Japan this is the most common day for public places in the service industry to be closed. As the closest station was soon approaching when I discovered this, I had a quick decision to make so decided to still disembark at Takojizu Station and just go and see the outside of the castle.

Kishiwada Castle, built in the late 15th century approximately 500 metres away from the present-day location, first appears in this third G.I. Joe film on 23 minutes as shortly after his arrival in Tokyo, Snake Eyes (Henry Golding) is driven to the home of Tommy’s (Andrew Koji) family; the Arashikage clan, an ancient ninja society devoted to preserving order and fighting evil. 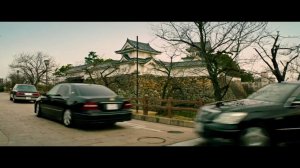 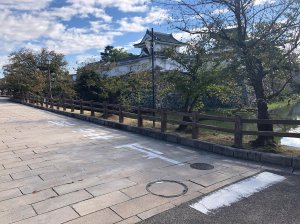 The car turns right into the entranceway to the castle interior whereby the doors open and they enter what does look like a very pictureque place with great views of the region. Sadly, due to my choice of day to visit I couldn’t see anything beyond this point on the outside. 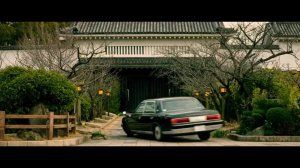 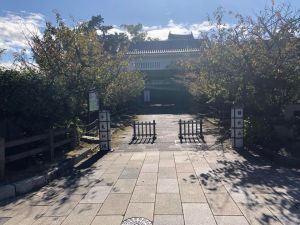 The best exterior view of the moat surrounding the castle’s five-storied keep, destroyed by lightning in 1827 but reconstructed in 1954, appears briefly on 28 minutes.

There is one more exterior shot at night of the castle, which is now used as a folk museum, on 99 minutes. Next time, I’ll plan better and make sure I go on the right day to get the interior shots I desire.

Bonus: When Snake Eyes and Tommy arrive in Tokyo on 22 minutes their taxi driver takes them on a tour of Tokyo which makes no sense geographically as the places are dotted around the capital city quite far from each other. Places to feature include  Shibuya Crossing and two temples; Senso-ji in Asakusa and Zojo-ji in Minato-ku. The latter was a location for ‘The Wolverine‘ (2013). 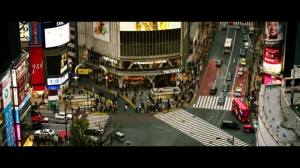