The Quickest Route To Ride The A-Z Of Tokyo Subway Stations!

Off the back of my second time to cycle around all the Yamanote Line stations the natural follow-up was the A-Z of Tokyo Subway stations as that is what I did after my initial Yamanote circuit. Talk about recycling ideas! I did a cycle ride of A-Z stations back in 2010 but that included stations on any train lines in the capital city. This one though was restricted to the Tokyo Subway only which includes Metro and Toei line stations. I left my bike at home this time and did it in the more conventional way with the idea being to pass through one station for each letter.

There may be 26 letters in the English alphabet but there are no words which start with L, Q, V or X in Japanese! Furthermore, there just aren’t any P stations in Tokyo (there are indeed very few in the whole of Japan!), so that’s down to just 21 stations already!

On top of all that there are only one or two stations for the letters B, C, D, F, J, R and Z which means that the likes of Daimon, Funabori, Jimbocho, Roppongi and Zoshigaya were essential visits for this challenge.

This particular A-Z mission began at Chikatestu Akatsuka in the north of Tokyo and the stations came thick and fast thereafter as I soon ticked off letters H, K, S, I, G and E on the Yurakucho Line. 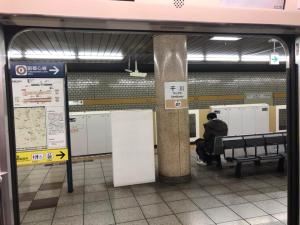 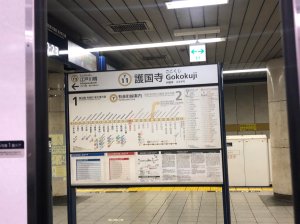 At Edogawabashi I then backtracked and returned to Ikebukuro to switch to the Fukutoshin Line to pass through the only Z station in Tokyo. I was actually living in Zoshigaya when the station, and indeed the line, opened in 2008. 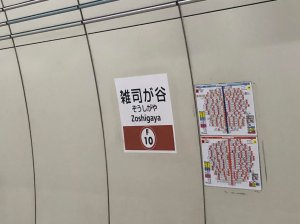 After Zoshigaya I went through Nishi Waseda and on to Higashi Shinjuku to change to the Toei Ōedo Line. Letters W and U were soon done as I continued on to Kasuga where the next connection was made. 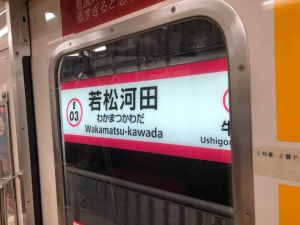 …where I subsequently headed eastwards on the Shinjuku Line taking in Ogawamachi, Bakuro Yokoyama, Morishita and finally Funabori before returning to Morishita for my last transit. 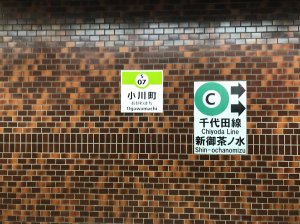 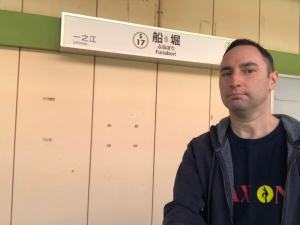 Back on the Ōedo Line for the final furlong, I then crossed the remaining stations off my list. First up was Tsukishima and that was followed by Daimon, Akabanebashi, Roppongi and finally Yoyogi to conclude this most pointless of adventures. 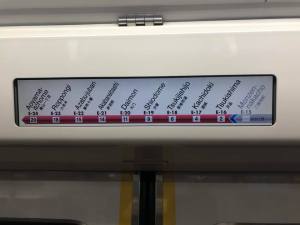 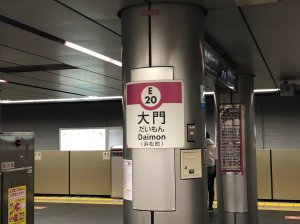 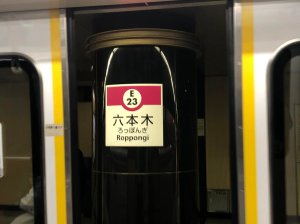 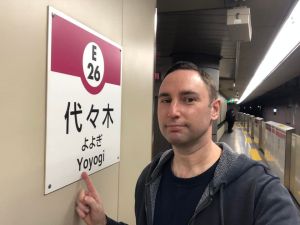 This challenge did inspire a couple of equally pointless challenges on the Tokyo Subway and they will appear on Tokyo Fox in the next couple of months.

As for the A-Z of Tokyo Subway stations, this particular journey took around two and half hours. I’d love to know if you can think of a quicker route for doing it? Such an idea is easily adaptable so could it be done for your city? Let me know in the comments or tweet me via @tokyofox

In alphabetical order the stations I did for the A-Z were as follows:

The information below shows the order which I did the 21 stations in with the time showing when I arrived at each one.

Click here to read ‘Cycling Round The Yamanote Line In The Opposite Direction To 12 Years Ago!’

2 Responses to The Quickest Route To Ride The A-Z Of Tokyo Subway Stations!