Jawa Power At Halloween (Plus A Lot Of Batman!)

Almost as soon as I had wrapped up last year’s Halloween festivities, thoughts turned to what to wear for this years kids party and night out. 2012 saw the return of Darth Maul to the Clone Wars animated series and became my outfit too but this year I went back to the original Star Wars movie for my choice of costume.

The desert planet of Tatooine is a place very dear to my heart having tracked down the many filming locations in southern Tunisia and Death Valley in California. One of the inhabitants of the planet are the Jawas; a pygmy rodent-like race who work as scavengers that pick up discarded and broken machinery and fix it up ready for sale. Most notably they were on the scene when Luke Skywalker and his Uncle Owen bought C3PO and R2D2 in ‘A New Hope‘ (1977). They also appeared briefly during the Mos Espa Podrace in ‘The Phantom Menace‘ (1999) and one was to be found in Jabba’s Palace in ‘Return Of The Jedi‘ (1983). 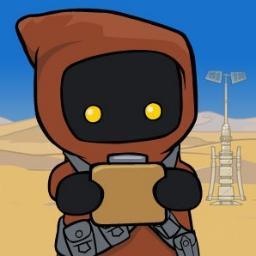 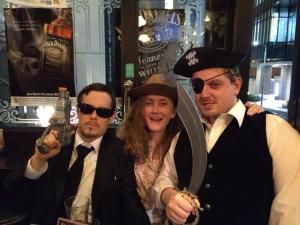 The evening started at 82 bar in Shibuya at 7pm with a load of workmates and ended up at scramble crossing some 10 hours later! 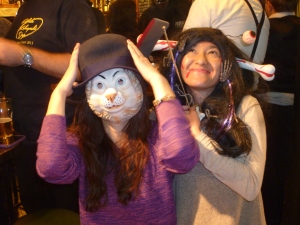 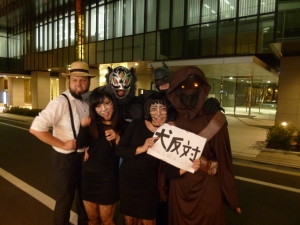 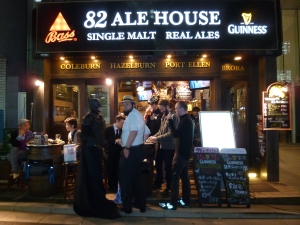 That bar is nice for a private party or a quiet drink but wanting to sample the Halloween spirit a bit more, Dave, Neil (Batman) and I set off to the other side of the station which is the far more exciting side. I’ve been to this famous crossing hundreds and hundreds of times but I’ve never experienced anything like what lay ahead of us! 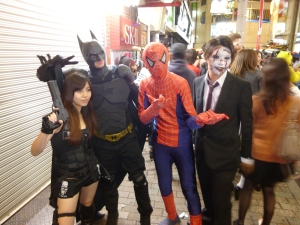 It was absolutely mental with thousands of cosplayers packed into the streets of Center Gai and the streets that runs parallel to it as well as the worlds busiest crossing itself. Once Dave had done his disappearing act, Batman and I set off in the direction of a bar at the other end of the street but we didn’t get more than about 20 metres down the road in one hour before we gave up on that idea! The reason was not just the crowds but the never ending amount of photos we (and particularly Batman!) stopped to pose for as well as doing a few of our own. 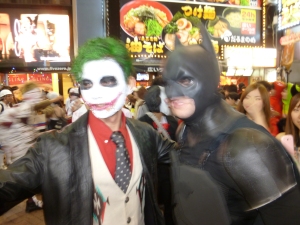 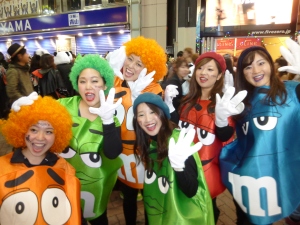 In fact, at times, I was pretty much Batman’s official photographer which is why there are so many of him in this montage of pictures. 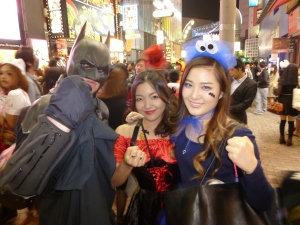 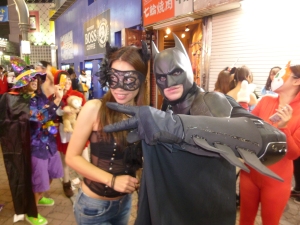 Now, Halloween in Japan is quite different to the western world as its less about scary and spooky things and is more about dressing up in any kind of costume which may explain the randomness of some of the outfits. The list of costumes seen was endless but some of them included witches, spider-man, Darth Vader, maids, schoolgirls, nurses, police officers, Princess Leia, iPhone 5S, The Joker, Super Mario, Luigi, bumble bees, cats, mummies, playgirl bunnies, prisoners, M&M’s, pirates and so on. It seems the trend is for Japanese girls, who put so much effort into their regular daily appearance, to tart themselves up even more on October 31st with a bit of fake blood slapped on for good measure to justify some sort of vague Halloween theme! 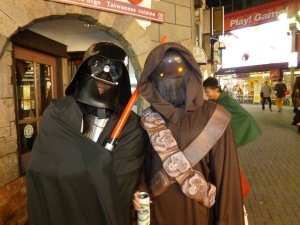 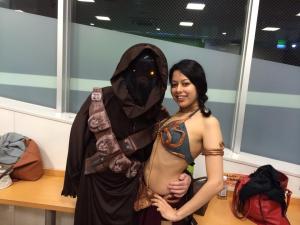 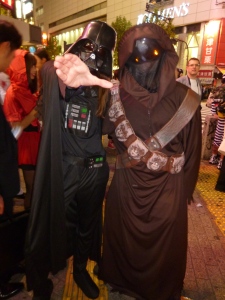 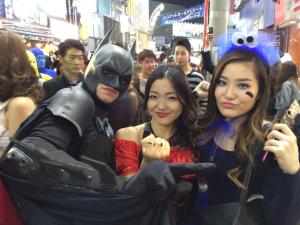 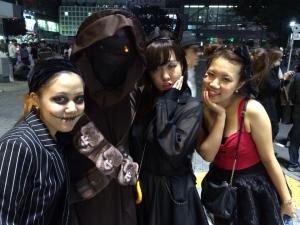 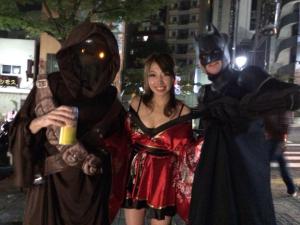 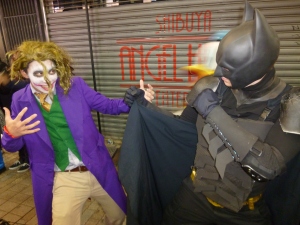 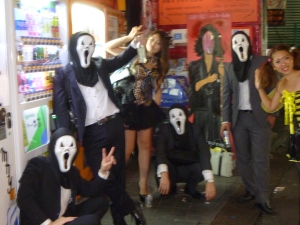 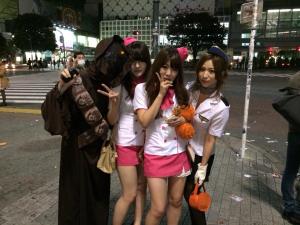 It wasn’t long before Batman and I realised we had no chance of getting to our intended bar and instead opted for the classy option of street beers from a convenience store. The streets were the bar or party arena for the night and as we progressed through the crowds we decided to give up on getting the last train. Halloween is only once a year so we wanted to experience as much of it as possible. 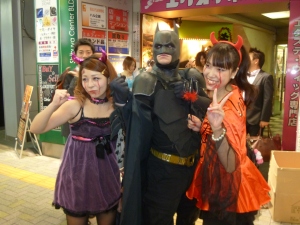 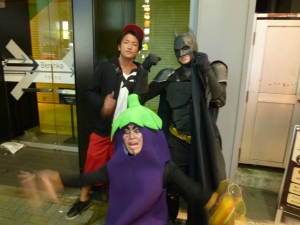 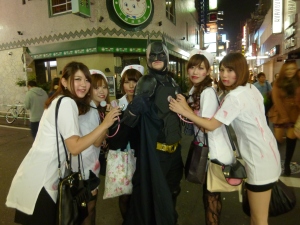 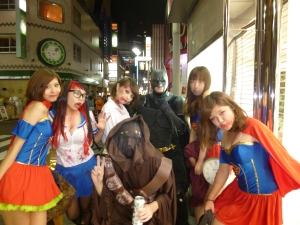 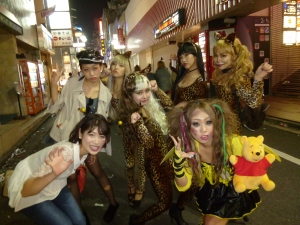 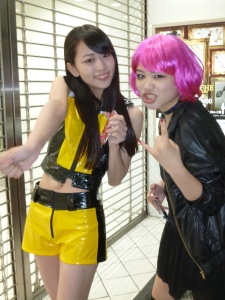 No idea what time but we later met up with colleague Joseph in a convenience store and hung around with him and his friends for most of the remainder of the night before finally catching the first train home.

5 Responses to Jawa Power At Halloween (Plus A Lot Of Batman!)