We returned to Bangkok after a fantastic four nights away in Chiang Mai over the New Years period. This time though we stayed in the Sukhumvit area of Bangkok rather than Silom as we wanted a change of scenery and a slightly better hotel. We had four full days back in the capital city with a bigger focus on day-trips out of town this time.

There was still time to squeeze in a few highlights though and do some of my more geeky stuff. Of course there was a lot of eating, shopping and just walking around but perhaps the most noteworthy thing we did was the Snake Farm in Silom which was a short and sharp 30 minute presentation of a variety of snakes to the audience in both English and Thai language. What most people were looking forward to though was the opportunity to have their photo taken with one of the huge snakes (below) draped around their neck. I must have done such a thing five or six times before but still couldn’t resist the opportunity.

After one of the best meals of the whole trip (made all the better for its incredible cheapness!) at a dining hall next to our hotel we went and met up with Will one night who eagle-eyed viewers may remember from my trip to England last Summer! He’s been living there since November and we met up for a few beers in the sophisticated surroundings of Nana! 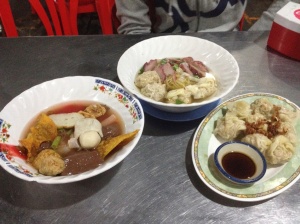 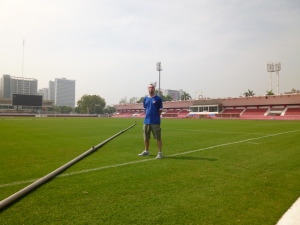 One morning with my other half lying in bed I went out alone in search of a few things. Firstly, I went to National Stadium station hoping to find the stadium where the Thailand national football team play. I took my photo (tripod and timer!) on the pitch (above) at what I thought was the correct place but in hindsight maybe the much bigger stadium next door is actually where they play!

After that I visited the hotel which was used for many scenes in ‘Only God Forgives‘ (2013) starring Ryan Gosling and Kristen Scott Thomas. On her arrival in Bangkok, following the death of Gosling’s on screen brother, she is seen checking in at the reception (below) of Emporium Suites (622 Sukhumvit Road) which is close to Phrom Phong BTS station on the Sukhumvit Line. Finding the reception area was a task in itself but once I located it it was instantly recognisable which isn’t too surprising for such a recent film! 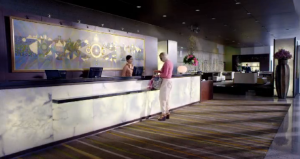 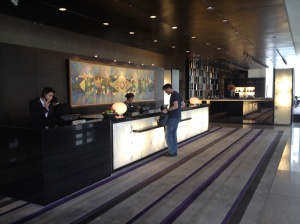 Back in Part VI of these travel tales we met up with Mostyn just before he shot off to Mumbai and Goa. His return to Bangkok also coincided with our time there and so we met up yet again along with my ex-colleague Dean who I finally got to meet up with after sending many mails back and forth to each other. He invited our ex-Principal Richard along too which was a surprise. Over the years our paths crossed a fair few times; most notably on Big Red Bus Day (2007) and an observation of an observation lesson in 2008. We had a great night out starting at Flann O’Briens Irish bar and finishing on Soi 4. 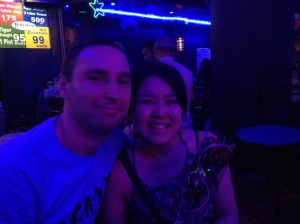