Down To The Southern Tip Of The Izu Peninsula

Due to my football commitments over the weekend in Fujieda and Shimizu, it was a few days before my Golden Week holiday started properly in terms of spending some quality time with my wife, her parents and of course Momiji the dog! First up was a drive down to the southern most point of the Izu Peninsula with some stops along the way. 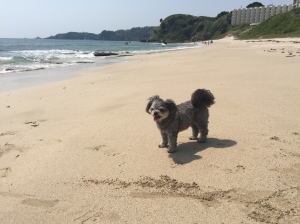 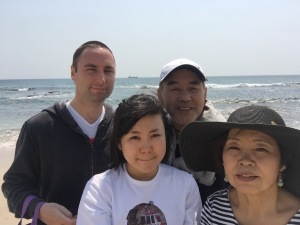 Shirahama Beach provided a brief stop and it was quite stunning with its beautiful white sand and clear water. Most of the beaches I’ve been to in Japan have been fairly average at best but this was one to rival, if not better, what I saw at Onjuku in Chiba prefecture over a decade ago. It was a beautiful day at Shirahama but that matters not in a country where people only tend to go to beaches in July and August! 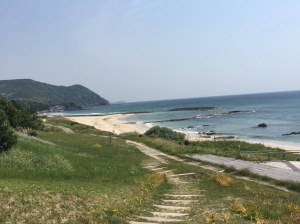 After that, we visited Ryosen-ji Temple briefly and then continued on to the Perry Road area which very much reminded me of of Kurashiki in Okayama prefecture in terms of its  willow tree lined cobblestone walkways running alongside a stream and old buildings (now mostly souvenir shops or cafes) towards the harbour spot where Perry landed in 1854.

The temple hosted the signing ceremony for the Treaty of Amity and Commerce between the Tokugawa shogunate of Japan and the USA on 29th July 1858. Although Commodore Matthew Perry secured fuel for US ships and protection for US sailors, he left the important matter of trading rights to another US envoy, Townsend Harris. 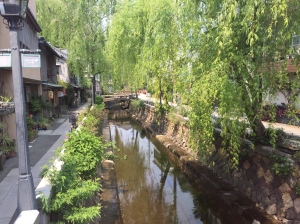 Shimoda City Old Sawamura’s House (below) was built in 1915 and famed for its black and white diagonal designed architecture known as namako (sea cucumber!) as the shape of joint plaster supposedly resembles sea cucumber! 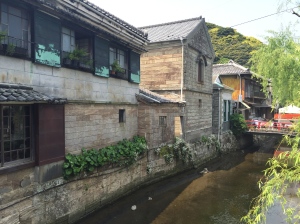 Shimoda Park offered some wonderful views of the harbour and the pyramid shaped mountain (below).

The Monument to Perry’s Landing was next. 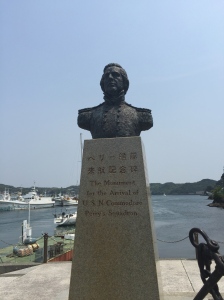 The most southerly point of the Izu peninsula was our destination and the uphill walk takes you from a small fishing village and beyond a lighthouse to the tip. 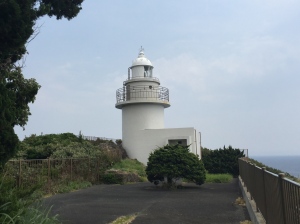 The coastline is a beautiful mix of lush green vegetation, black rocky cliffs and blue sea. There are some fairly steep steps leading down to a wooden temple and then it was a short but incredibly windy walk to the shrine at the end of the tip where the Pacific Ocean stretches all the way for thousands of miles to Papua New Guinea! 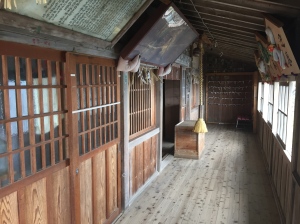 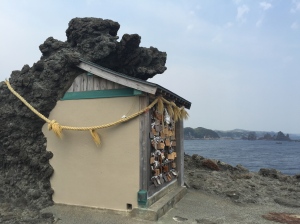 For the record, you have to park your car at Irozaki cape where this giant statue (below) looms over the car park and it is about 15-20 minutes on foot from there to the aforementioned tip. 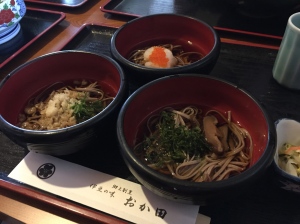 On the way back home we stopped off for lunch somewhere and I had a triple soba noodles set (above) and, after passing the kannon statue (below) – located along route 135 at 伊豆高原体験の里 (Izu Heights Experience Village) – we then stopped for a maccha flavoured ice cream. Following that I went on my own next door to the Ayashii Shonen Shojo Museum (Mysterious Boys and Girls Museum) whilst my wife and parents-in-law continued on back home. 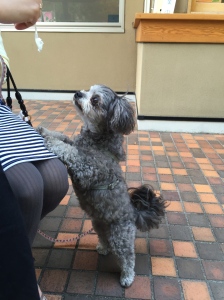