The trailer for the seventh Mission Impossible film; ‘Dead Reckoning Part One‘ (2023), reminded me that I still had these locales from ‘Rogue Nation‘ ready to go. Needless to say but they were done quite a few years ago, and I just never got round to compiling them in a post…until now!

N.B. The time codes given are approximate so please allow for a minute or two either way

After an exhilarating opening scene on an airplane in Belarus it’s on to London as Ethan Hunt (Tom Cruise) wanders down Regent Street on 5 minutes to a tiny record shop complete with retro listening booths. In reality “The Vinyl Offer” is a dry cleaners, and it can be found on 5 Air Street, between Regent Street and Piccadilly. This is where Hunt is captured by the Syndicate, a consortium of rogue government agents from various different intelligence agencies the CIA does not believe exists. 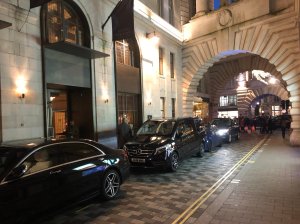 Those famous red telephone boxes shown on 17 minutes may have been fairly underused by the public in recent years and look fairly weathered but not in this film where they’re gleaming. That’s because production added a few shiny looking ones to make it even more London-like! One of them is used by Ethan Hunt to contact the IMF. They are located just north of Piccadilly Circus on Great Windmill Street, and indeed the famous Windmill Theatre stands in the background.

Its then the turn of another London icon on 78 minutes when Big Ben (under construction when I was last there!) and the Houses of Parliament appear from across the River Thames. Ilsa Faust (Rebecca Ferguson) crosses Westminster Bridge to meet Atlee (Simon McBurney), the head of British Intelligence, who is sitting on a bench. 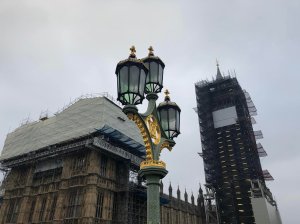 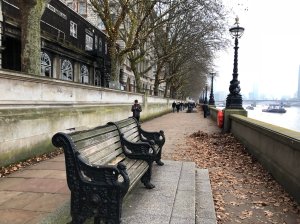 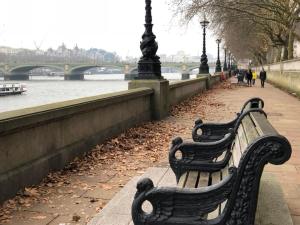 Brompton Cemetery is the scene for another meeting when it features on 83 minutes. This time it’s Ilsa again as she has a rendez-vous with the organisation’s mastermind, Solomon Lane (Sean Harris) at this cemetery on Old Brompton Road.

This Victorian cemetery is no stranger to the big screen as one of the buildings was the St Petersburg church in ‘GoldenEye‘ (1995) where Natalya met Boris by chance. This cemetery is also where Rowan Atkinson’s spoof Bond character disrupts the funeral service in ‘Johnny English‘ (2003).

King Cross Station on 85 minutes is the setting for the IMF team meeting up with Ilsa with a lot of set dressing being added to the concourse area near platforms 4 to 8.

The vacant warehouse where the IMF team meet up is the Farmiloe Building at 28-36 St John Street in Clerkenwell. This empty building was previously used for interior shots in Christopher Nolan’s Batman trilogy.

The phone box where William Brandt (Jeremy Renner) makes a call to Hunley on 93 minutes is not really there. The background is old Smithfield Market on St John Street.

The next London landmark pops up on the 104 minute mark as Tower Bridge appears in the background of Hunt en-route to retrieve Benji Dunn (Simon Pegg) from his kidnapping.

The terraced restaurant on the cobbled stone walkway in front of the Tower of London does not really exist. It is here where negotiations with Lane take place whilst the time bomb strapped to Benji’s chest is disarmed. 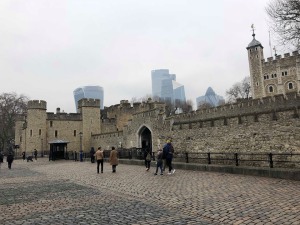 The ensuing chase scenes on 110 minutes were filmed at Bell Yard alongside the Royal Courts of Justice off The Strand complete with those ubiquitous red phone boxes! 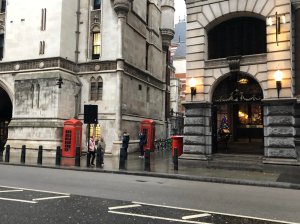 Hunt and Ilsa make their way through many dark alleys before Hunt crashes through a window by the steps at the southeast corner of Elm Court on 112 minutes.

Middle Temple is very much ‘The Da Vinci Code‘ (2006) in my mind and that is the next locale where the arched and pillared colonnade plays host to a knife fight between Ilsa and Syndicate operative Janik “Bone Doctor” Vinter.

The film draws to an end shortly after that, and then it’s onto ‘Mission: Impossible – Fallout‘ (2018) which is another exhilarating adventure. Although always enjoyable, this franchise has been reinvigorated since the fourth one when they basically stopped using numbers in the titles! The days of the law of diminishing returns seem over when it comes to these films. ‘Rogue Nation‘ was a fine follow up to ‘Ghost Protocol‘ (2011) and likewise for ‘Fallout‘. Lets hope the ‘Dead Reckoning‘ films continue in such form. I have full confidence in the team for making that happen.