Having been on my list of places to visit for about seven years I finally made it to Tama Dobutsukoen zoo last Sunday. I have to admit that I did make it to the entrance gates back in 2010 when my mate Hugo was in town but little did we know that the place was closed on Wednesdays! This time it was an incredible 25 degrees celsius in the early afternoon and the journey there on the Keio line was pretty amazing in that on looking out the window around the Fuchu area the Tokyo skyline was a yellowy-brown colour due to a freak sandstorm.

As its on the outskirts of Tokyo there is far more space at this zoo than the one in Ueno Park and the place is perhaps most famous for its lion bus ride which takes tourists into the heart of the lion garden where they roam freely. For 350 yen extra (on top of the 600 yen admission fee) its a very short ride lasting under ten minutes but with Kenya a long way away this is about as close to going ‘on safari’ as most visitors will ever get! It was pretty cool to see them up close particularly one lion which was licking the side of the bus which I assume was because they put some kind of meat on the sides of the bus. 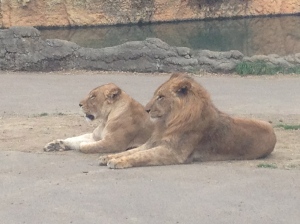 After that the list of animals we saw was pretty impressive and it was good to see most of them without too much fencing in the way. Usually they were on a kind of island with some moat surrounding them. African elephants, giraffes, cheetahs, chimpanzees, zebras, asian elephants, oranguatans, snow leaopards, buffalos and many many more were seen in the zoo which is divided into three zones; African, Australian and Asian. 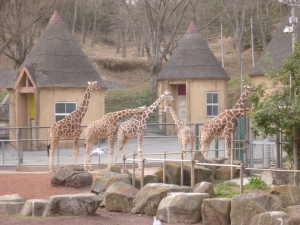 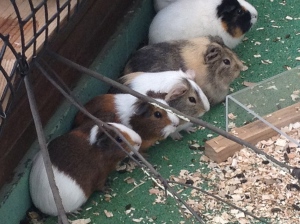 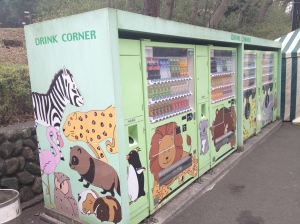 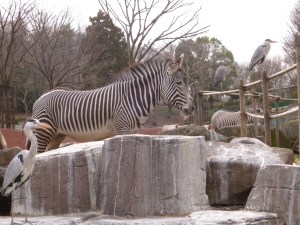 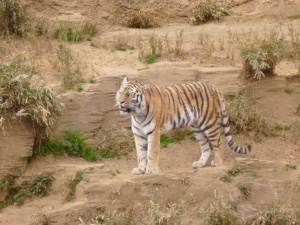 I may have spent a fair bit of my time in Australia over the years but I was still keen to see its two most iconic animals. The koalas are, according to news reports, a bit of a luxury at Tama Zoo as their dietary needs cost way more than all the other animals combined. However, with the Japanese loving all things cute and as koalas definitely fall into that category I guess the owners think it is money well spent. I’m not too sure though as they are in an inside area and are inevitably asleep most of the day anyway! Far more fun was seeing the kangaroos bouncing around the steps in their pen. 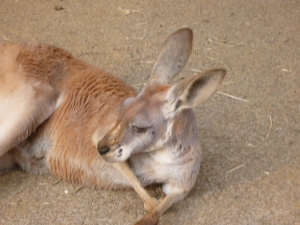 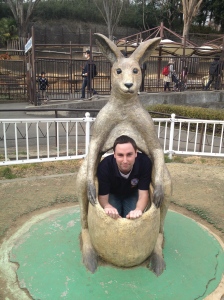 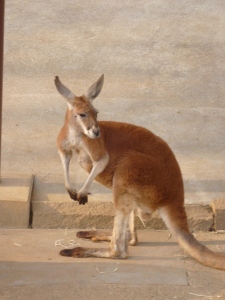 Ever since ‘Kung Fu Panda‘ (2008) came out in cinemas a few years ago I have had a fondness for the Red Panda (I don’t like the name lesser panda) as I particularly liked the Master Shifu character. This was one of the last animals we saw as time was running against us and with it gone 4pm some of them were starting to disappear from show. 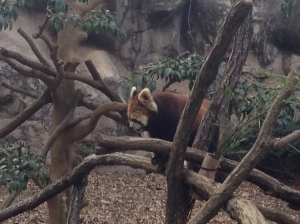 Overall, the zoo is a huge place and one has to do a lot of walking if he or she is to get round most of the place but it’s rewarding enough and is probably worth the extra effort which it takes to get there compared to Ueno Zoo. 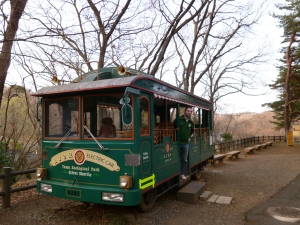 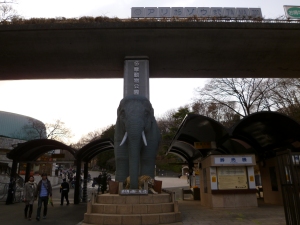