Less Than 24 Hours In Nagoya……Again!!

At the end of my ‘Sightseeing In Nagoya‘ post in January last year I vowed that I would return with my wife next time. 17 months later and I was back in Nagoya but yet again she was not with me due to her work commitments. Furthermore, it was another trip to this city for just one night on the back of seven or eight hours in Kyoto having began the day by getting up at 4am in Osaka. 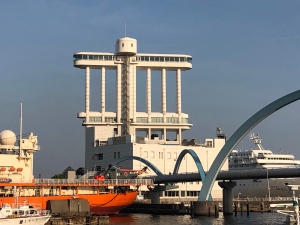 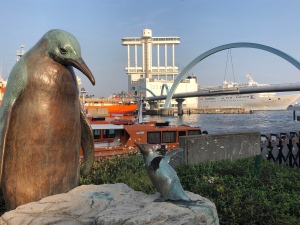 I didn’t waste any time on my arrival in Nagoya and headed south straight away to Nagoya-ko as I was interested to see Nagoya Port Building (below) which I consider to be an interesting-looking building. It is just over 50 metres tall and there is an observation deck on the top but I didn’t really feel the need to go up it. It is about five minutes on foot from Nagoya-ko Station on the Maebashi Subway Line. 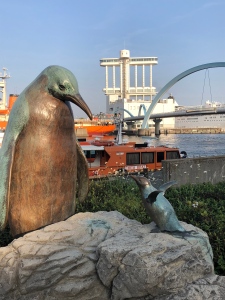 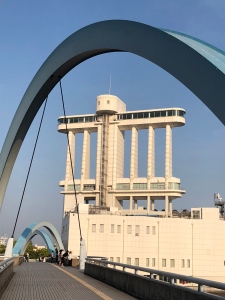 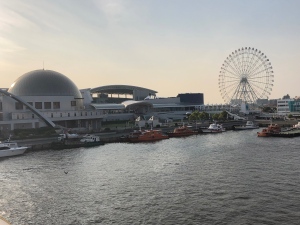 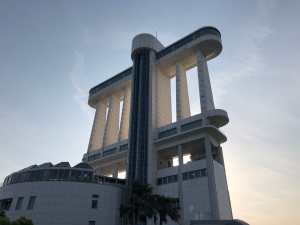 After that I returned to central Nagoya to return to Tsukimi-gaoka Mansion (below) which is a five minute walk from Kakuozan Station on the Higashiyama Line. This was a prime location in ‘Mr Baseball‘ (1992) which I didn’t quite get right last January! The D block apartments used in the film are slightly hidden away at the back of this fairly vast complex. The address is 1-10-2 Tsukimizakacho and I have to say a big thanks to Tiziano d’Amore who mailed me information pinpointing the exact building where Jack Elliott (Tom Selleck) stayed. Click here to see this and all the other filming locations for ‘Mr Baseball‘. 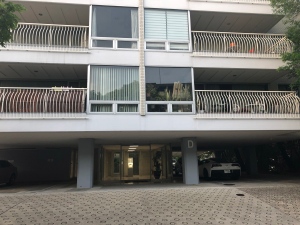 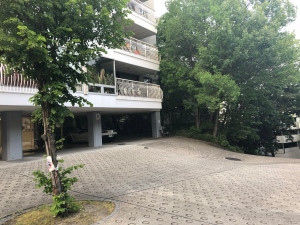 Just a couple of stops away on the same line is Sakae Station; the place where I’d be meeting a friend but I just about had enough time to run off in the opposite direction to photograph Oasis 21 (below) which is a huge building that’s been open to the public since 2002 and is surrounded by a very pleasant promenade. The roof of this huge glass oval structure is 100 metres in length with a circumference of 200 metres and is filled with water to create an interesting visual effect and to cool down the temperature of the shopping area beneath it in the hot and humid Japanese summers. 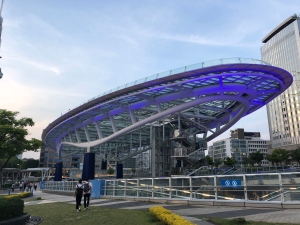 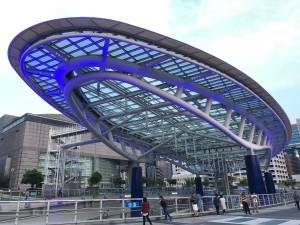 Not far from there I met up with my friend Yuki and we went to an izakaya (Japanese-style pub) where his friend Eichiro was waiting for us. We had a few drinks and some dishes there before inevitably ending up in The Hub (a popular chain of “British-style” pubs) where they are both regulars and seem to know a lot of the patrons and staff there. 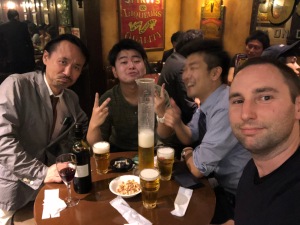 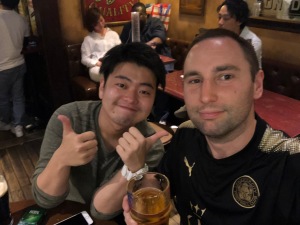 Over the next few hours the drinks continued to flow and the litre tower beers eventually led to a few cocktails and shooters mixed in with fish & chips, lamb kebabs and spicy fried potatoes. It was quite a night and a rare drinking session for me. That wasn’t even the end as we then went for some local takoyaki on the way home after midnight. I was just amazed that I got through it all given my super-early start that day! 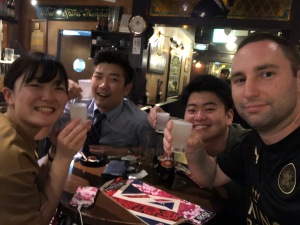 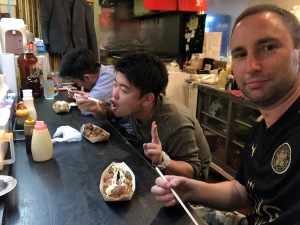 The following morning I left my sleeping headquarters (Yuki’s sofa) early as I had many places to see starting with Hotei Great Buddha In Kōnan City (below). 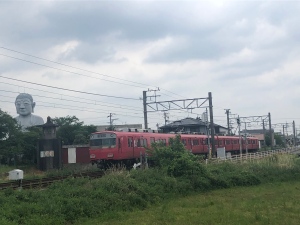 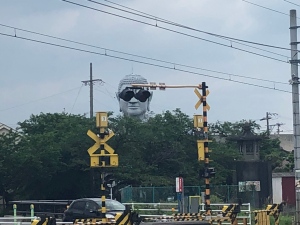 The huge 2D maneki-neko (below) in Tokoname followed that. 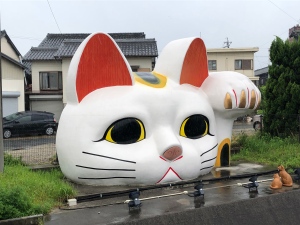 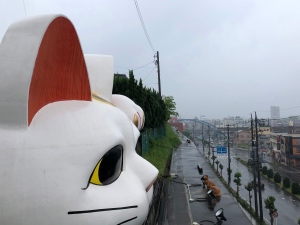 After that I stopped at Dōtoku Station to see the whale (below) that featured in the ‘Interesting Japanese Playground Structures‘ series. 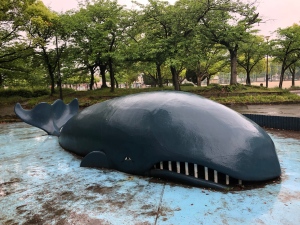 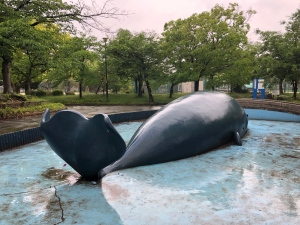 I needed to get back to my parents-in-law’s house in Izu that night so left Aichi prefecture early afternoon but not before I’d taken a slight detour at Toyohashi to see the tiny station of Funamachi.

6 Responses to Less Than 24 Hours In Nagoya……Again!!