Nagoya – This City Is Fast Becoming My Favourite One In Japan!

Japan’s fourth biggest city is one that is often forgotten about by tourists and Japanese residents alike. It’s rarely anything more than just passing through or a quick stop to see the castle but in the last few years I have really enjoyed spending time exploring Nagoya. This post includes the best-of-the-rest of my trip to Nagoya with a passing reference to all the other places that have recently featured on Tokyo Fox.

The day began for us in Shizuoka city but whilst my wife returned to Izu I continued on west via local trains. There was a change at Toyohashi Station where I noticed this cool kitsune (fox) standing bar (below) serving quick udon and soba noodle dishes. Sadly my transit was still too short to be able to wolf down a bowl! 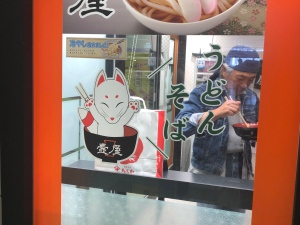 No sooner had I arrived in Nagoya and I was already on the Metro line to the loofah temple and came across three wise monkeys (hear no evil, speak no evil and see no evil) just round the corner from it. 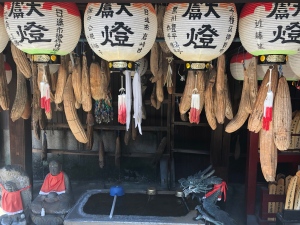 The station with one of the best views in Japan was next and that was just 30 minutes north-east of the city centre. 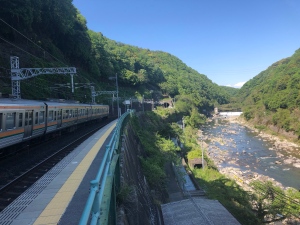 Back along the same line closer to the heart of the city was this shop with Spider-Man on the side of it and Jack Sparrow in front of it. This was found purely by chance as the place I was there to see was located just behind it. 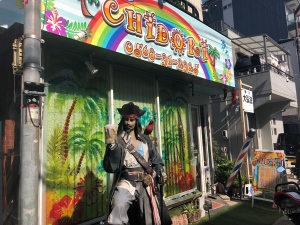 That place happened to be this temple with an 18 metre statue in it. 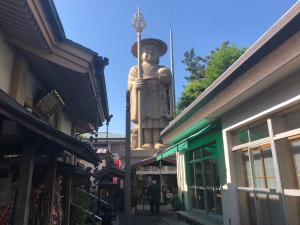 Next on my itinerary was the huge vivid green buddha with gold facial features.

Heading south from there I then ventured on to see a building known as Divine Word Seminary (below) which is about 15 minutes away on foot and located within the Nagoya University campus. The mysterious shape of this monastery and theology school was intriguing for me. It was completed in 1966 and is a facility for training Catholic missionaries. 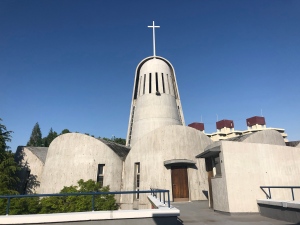 I actually saw the Mini Fuji-San park (below) on my first trip to Nagoya in 2017 but I returned this time to get a few more photos for the ‘Interesting Japanese Playground Structures #19‘ post. Mount Fuji is usually depicted as blue in cartoons or when Japanese kids draw it but in this playground it’s pink! The other side of it is perhaps designed to look like a landslide of sorts with stones serving as the footholds for the children to be able to get to the summit. 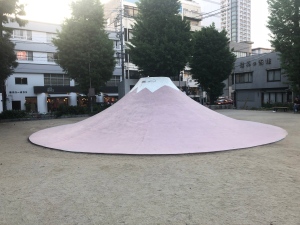 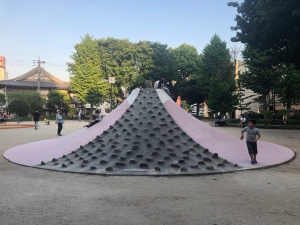 The final place of interest on my first day was the Nagoya City Science Museum (below). I had no interest in going inside though (it was probably closed anyway by the time I got there) as I was fascinated by its external appearance. From distance, it really does look like a huge cannonball rolling down the street. It certainly reminded me of Fuji TV’s big ball in Odaiba (Tokyo) but this one is actually a massive planetarium with an inner diameter of 35 metres. 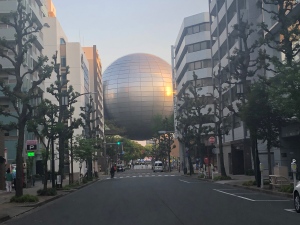 The following morning I had a couple of hours more to look around Nagoya so went to see a couple of towers. First up was the Higashiyama Water Supply Tower (below) which is a charming design in a closed-off area near Nittaiji Temple. It was completed in the late 1950’s and is about 40 metres tall.

The other one (below), which is 134 metres tall, towers over the zoo and looks like a rocket that’s about to be launched. It’s known as the Higashiyama Sky Tower and also serves as a radio tower in disaster prevention situations.

There were some nice koala (as well as other animals) murals or pictures both inside and outside Higashiyama Koen Station.

Presumably there is an elephant or two in the zoo but I was on my way round the loop line to an Indian-style temple to see the white elephant (below) that can easily be seen from the window of the train shortly after leaving or arriving in Nagoya.

That afternoon and evening were spent up in Gifu. The principle reason for my visit was to watch the J2 football match between FC Gifu and FC Ryukyu but I also went to the castle and to see a unique buddha statue prior to kick off. 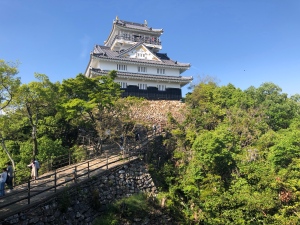 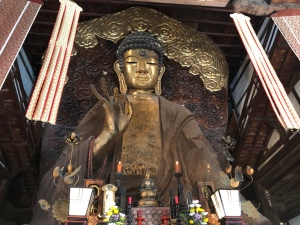 Needing to be back in Izu by lunchtime, it was an early start the next day as I was travelling back using only local trains. There was enough time though to capture a parting shot of architecture in the city centre starting with the Mode Gakuen Spiral Tower and finishing with the area outside the station. 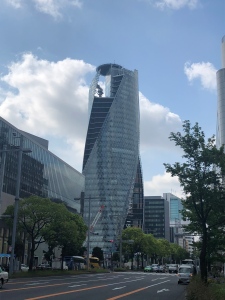 Click here to read ‘Less Than 24 Hours In Nagoya……Again!!’

5 Responses to Nagoya – This City Is Fast Becoming My Favourite One In Japan!