Anyone who has ever read any of the Unstaffed Stations posts will know that I love a station that is located next to water, particularly the ocean. There’s something anime-like about such a thing and so when I was in Niigata Prefecture on a short trip in September 2022 I went to check out a couple of these places.

Ten minutes after my time was up at one of Japan’s most dystopian stations I was disembarking at Arimagawa station; an unstaffed station in the city of Joetsu. Just one other person alighted at this station and he too was there just to photograph the place. According to passenger statistics from six years ago, only about 15 people board at this station per day so it should be no surprise that just two of us got off the train here. 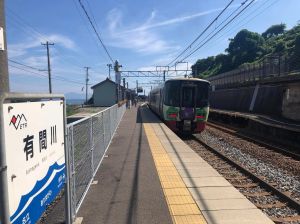 Arimagawa is an old station served by the Echigo Tokimeki Railway Nihonkai-Hisui Line and, unlike the other station which will feature in this two-part series, possesses a rustic wooden building which has been preserved. 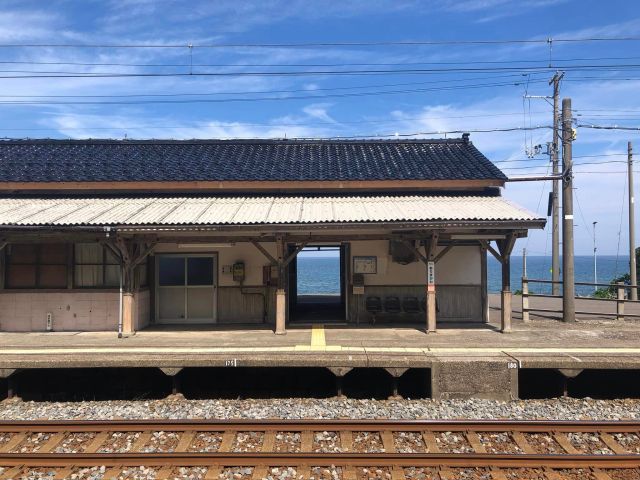 This scenic station opened in July 1947 and the name above the main building doorway is even handwritten it seems.

It has been a two-track station since 1969 but was a single one before that under its predecessor, the Hokuriku Main Line. When the lines changed names some other stations were relocated along with the tracks but Arimagawa remained in the same place on the shores of the Sea of Japan where the pace of life is nice and slow.

There is a small railroad crossing for passengers to transfer between the two platforms. In terms of amentities there is very little at this remote station besides a few seats. They are sadly facing the tracks when it might have been nice to have them on the other side looking out at the gentle waves of the sea. There is a complete absence of toilets which did surprise me a bit as other far more basic stations in Japan have usually had some. As for shops, don’t expect to find anything for a fair few miles! 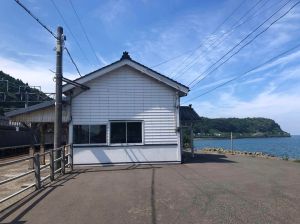 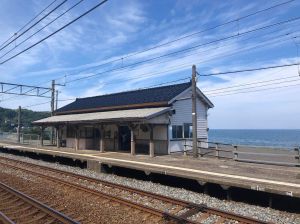 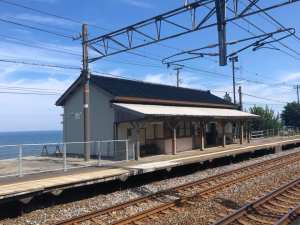 The next train from Arimagawa wasn’t for over 80 minutes so, after I’d got all the shots seen in this post, I decided to head off on foot to the next station which was about 45 minutes on foot. Sadly there wasn’t too much of interest on the route other than the Nagahama Tunnel which I encountered 15 minutes later. That offered nothing more really than a brief respite from the blazing sunshine.

Fresh sea, sunshine and a bit of exercise is no bad thing though. The next station was the fairly unspectacular Tanihama (I had got used to most stations on this morning having particular quirks!) and that took me on to the UFO-like station at Kubiki via a quick transit at Naoetsu. 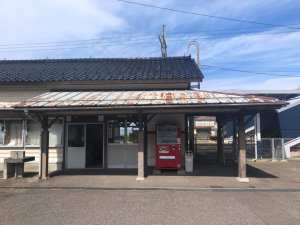 It wouldn’t be too long before I was encountering another station located right next to the sea.

Click here to read ‘Nō Way Did This Happen! A Chance Encounter Amidst Some Station Hopping In A Forgotten Corner Of Niigata’

A Leicester City fan teaching English in Japan
View all posts by tokyofox →
This entry was posted in Japan Travel and tagged Arimagawa station, Joetsu, Nagahama Tunnel, Nihonkai-Hisui Line, stations beside the sea in Japan, stations by the sea, things to do in Niigata, train station Niigata, unstaffed stations Japan. Bookmark the permalink.

1 Response to Stations By The Sea In Niigata (1/2)